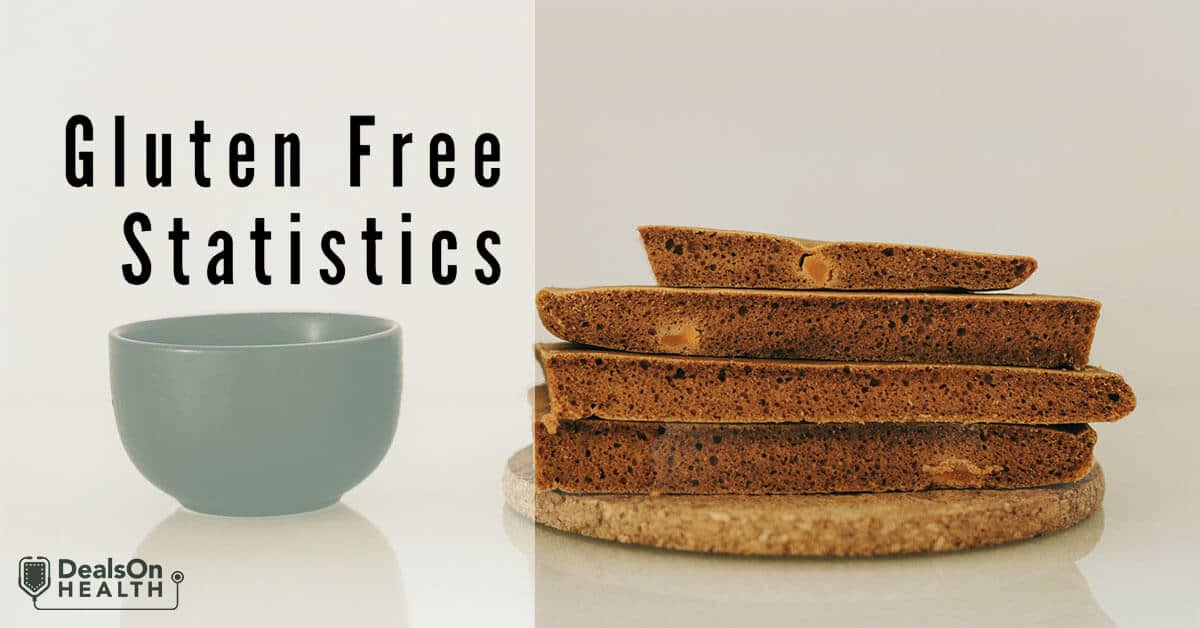 Furthermore, some people have celiac disease (a condition where a person’s immune system attacks their own body when they consume gluten). Although only around 1% of the world population suffers from it, it’s a major issue and can have detrimental consequences.

That’s just one of the shocking gluten-free statistics and facts we have for you. So, read on to find out more. 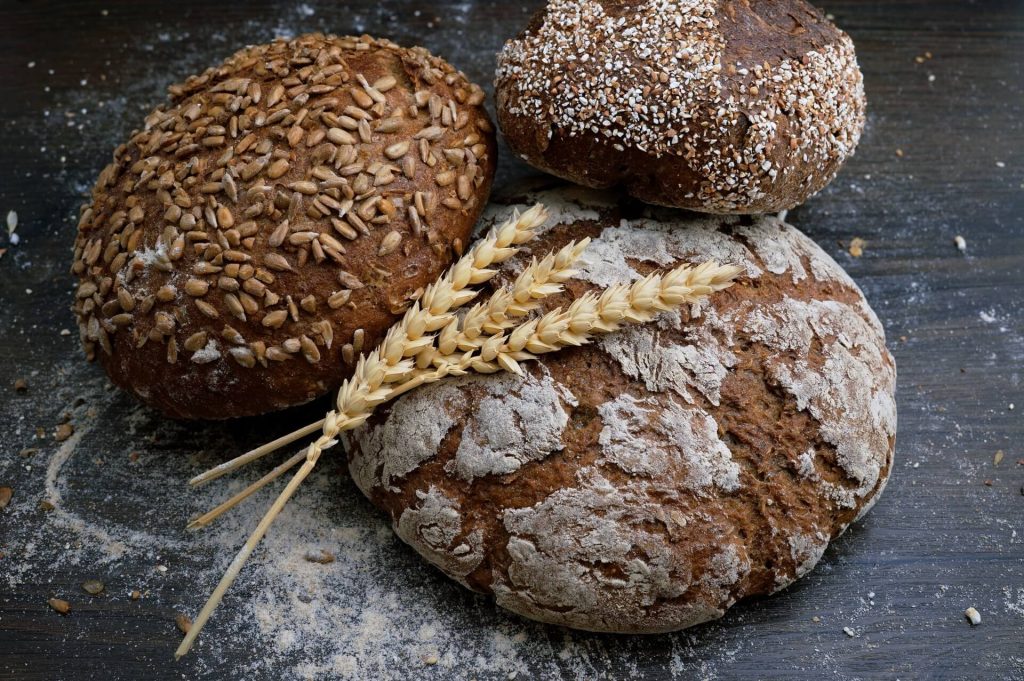 As a healthy lifestyle has become a trend worldwide (mainly because of the corona pandemic), the gluten-free market is growing. However, people who are intolerant to gluten don’t have a choice but to exclude it from their diet.
The term gluten intolerance includes celiac disease and gluten sensitivity, so these statistics will tell you more about its global prevalence and demographics.

1. The worldwide prevalence of celiac disease is 1.4% based on blood tests and 0.7% based on biopsy results.

According to gluten intolerance statistics, the prevalence of this disease in the US is 0.9%, and the figures for Asia and Europe are 0.6% and 0.8%, respectively.

2. Between 60% and 70% of people diagnosed with celiac disease are female.

Women are two to three times more likely to suffer from celiac disease. Stats on celiac disease also point out that people usually get a diagnosis when they’re 40 to 60 years old. Since bone loss is a common symptom of undiagnosed celiac disease, women need to be careful when approaching menopause.

3. Around 1% of the global population has celiac disease.

Unfortunately, celiac disease isn’t the only form of gluten intolerance. The global gluten-free demographics show us that the number of people with non-celiac gluten sensitivity is even higher.

4. 18 million Americans are sensitive to gluten.

One of the critical gluten-free facts is that celiac disease is considerably more severe than gluten intolerance or sensitivity. In fact, celiac disease is six times less prevalent but has more significant consequences on a person’s body.

6. 1% of American children have a wheat allergy.

Food and gluten allergy statistics reveal that children are most likely to have a wheat allergy. Nevertheless, the same stats also indicate that most of them outgrow it by 12.

Gluten intolerance in Finland is more prevalent than in most other countries in Europe. For example, only 0.3% of Germans have it, while the average rate of celiac disease in Europe is around 1%.

The mere absence of gluten won’t considerably influence your health. However, such diets are usually healthier. So, let’s talk about consumer behavior, gluten-free foods, and their nutritional value.

Gluten-free diet statistics show that more people are slowly giving up gluten no matter if they have been diagnosed as gluten intolerant. Some of the reasons for that are the increasing popularity of paleo and keto diets, gluten intolerance, and the overall better quality of life.

9. Dishes identified as gluten-free now appear on 26% of US restaurant menus.

Moreover, gluten-free OREO nutrition facts show that these three cookies also contain 9% of the recommended daily fat intake. In other words, they have the same number of calories as the classic, non-gluten-free option.

13. Out of 191 people with celiac disease, 91 gained weight after following a gluten-free diet.

An experiment showed that underweight people gained about 16.5 pounds after switching to a gluten-free diet. Nevertheless, that doesn’t mean gluten makes you fat. On the contrary, the same experiment proved that a gluten-free diet had the opposite effect on those with excess weight.

14. One cup of gluten-free rolled oats contains 5 grams of fiber. 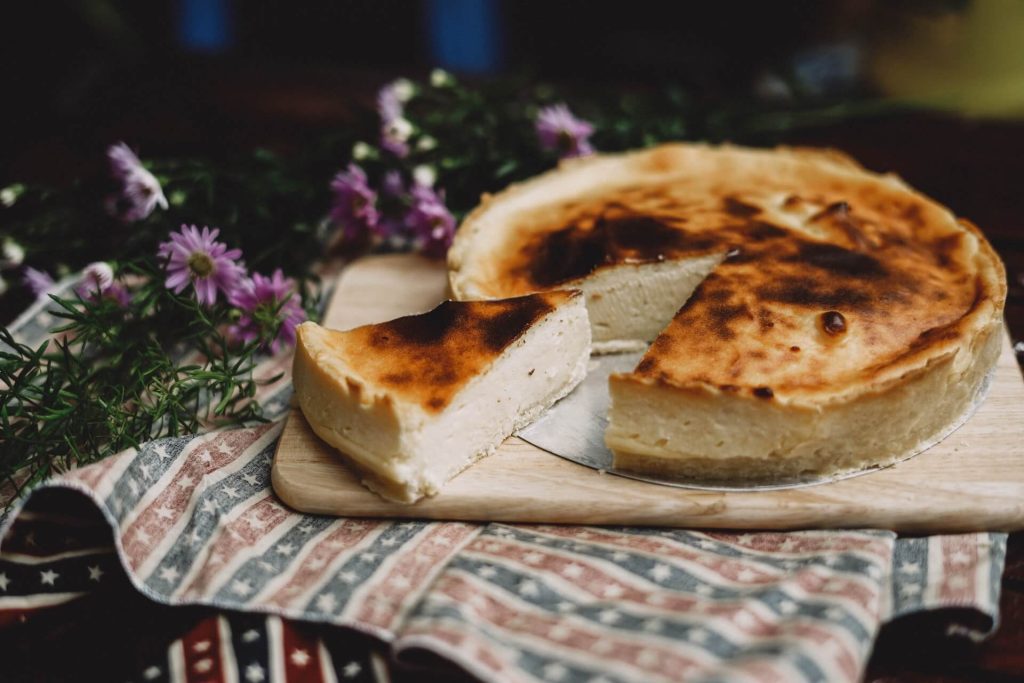 Celiac is an autoimmune disease that causes gluten intolerance. If people suffering from it take gluten, their small intestine will be damaged. This disease is estimated to affect one in a hundred individuals across the globe. You can find more information about it in the following statistics.

15. There are around 200 potential symptoms of gluten intolerance.

Both gluten sensitivity and celiac disease symptoms include abdominal pain, chronic fatigue, diarrhea or constipation, numbness in hand and feet, and similar. In addition, gluten intolerance statistics worldwide show that such symptoms can also be the symptoms of other medical conditions.

Since celiac disease is severely undiagnosed, the percentage of people with celiac disease is undoubtedly higher. That’s why it’s wise to do a blood test and check if you suffer from this disease. You shouldn’t worry about the changes in your diet. Even if you’re vegan, you can easily avoid gluten. In addition, keep in mind that vegan food isn’t necessarily gluten-free.

17. Globally, the prevalence of celiac disease in people who have type 1 diabetes is 6%.

18. Between 1% and 13% of the population has non-celiac gluten sensitivity.

It’s difficult to determine the exact gluten intolerance prevalence because there aren’t many extensive studies. Nevertheless, it’s estimated that up to 13% of the global population suffers from NCGS (non-celiac gluten sensitivity).

On the other hand, maintaining a gluten-free diet is a trend that has been ongoing for quite a while. In fact, some older studies reveal that 31% of people who ate gluten-free bread did so by choice.

19. Consuming whole grains every day reduces the risk of all causes of mortality by 17%.

According to a report analyzing 45 different studies, consuming at least 90 grams of whole grains a day can positively influence your life expectancy. Moreover, it can reduce the risk of diabetes, heart, infections and respiratory diseases, and even cancer. 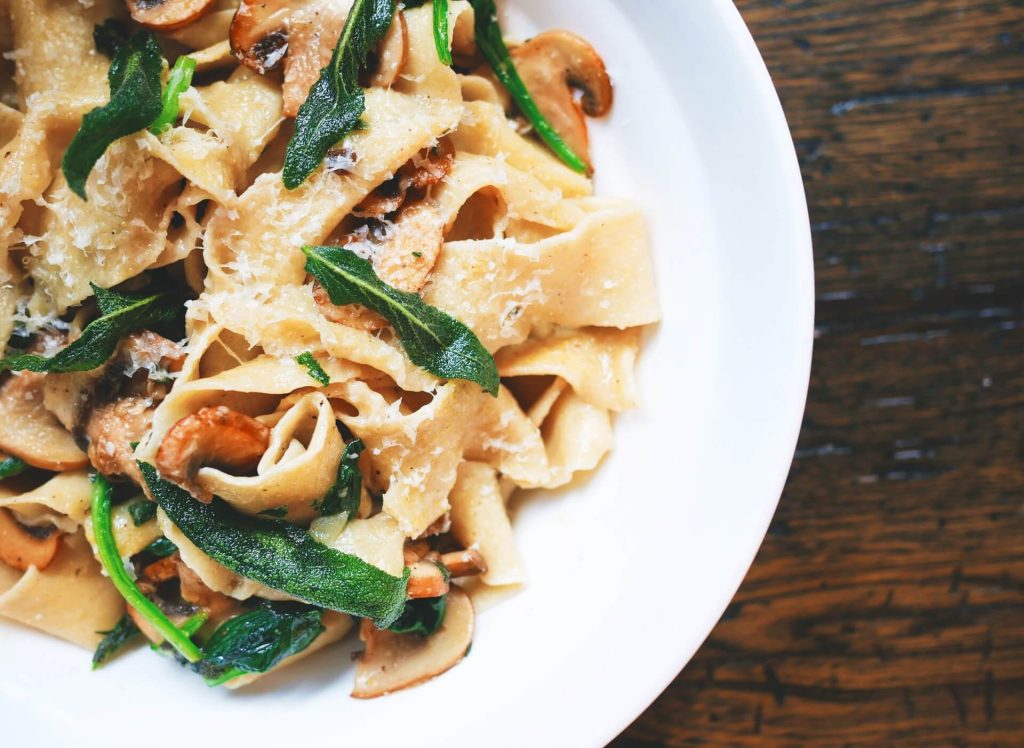 The best way to gain insight into the popularity of gluten-free products is by examining their market. So here’s a quick overview of the gluten-free market growth over the years.

The gluten-free products market is likely to grow at a CAGR of 7.2% between 2020 and 2027. Also, gluten-free statistics point that the increasing number of working women has influenced the growing demand for gluten-free instant meals.

The data about gluten-free market trends point out that the gluten-free beer market will grow, and the fastest-growing market is the Asia-Pacific region. The major producers in this industry are Bard’s Tale Beer, Holiday Brewing Company, Anheuser-Busch, and others.

As you can see, gluten sensitivity can cause serious problems. Moreover, it’s way more prevalent than we think, especially in females.

Some people worry that they won’t be able to go gluten-free, especially vegetarians and vegans. However, that’s not the case. Anyone can follow this diet, but that doesn’t mean they should.

If you suspect that you might be gluten intolerant, do a blood test before excluding gluten from your diet. And if you just want to eat healthier, you should consider switching to organic food.

There’s no evidence that gluten-free foods are healthier. However, the reason people think otherwise is that those who eat such food usually take care of their health.

On the contrary to the common belief, gluten isn’t considered inflammatory. Moreover, some foods that contain gluten, like whole-grain products, are considered less inflammatory. However, some people have chronic inflammation, and gluten can worsen its symptoms. Still, that doesn’t mean gluten is bad for everyone.

How many people have celiac disease?

Approximately 1% of the world’s population suffers from celiac disease. Also, its global prevalence is 1.4% based on blood tests and 0.7 % based on biopsy results. Furthermore, two million people have celiac disease in the US.

However, the actual numbers are unknown, as many people are undiagnosed and don’t know they have celiac disease.

How many people are gluten intolerant?

According to the statistics, around 18 million US citizens are sensitive to gluten. As we’ve already mentioned, people usually get diagnosed in their forties or fifties, and many don’t know they’re gluten intolerant.

How many people are gluten-free?

Around 30% of people avoid gluten in the US alone, and many don’t have gluten intolerance. Some believe gluten is detrimental to their health, while others have various food allergies.

When did the gluten-free trend start?

A gluten-free diet was discovered in the 1940s. During WW2, the limited access to vegetables, fruits, and especially wheat weakened most people. However, those with celiac disease felt better.

While there’s no particular evidence that gluten intolerance has become more common than before, some scientists and doctors think that many food and environmental changes contribute to its increasing prevalence.

For example, some of them are new wheat varieties with higher gluten levels. In addition, farmers plant them more due to their natural insecticide qualities.

Yes, it does. People can have a wheat allergy, gluten allergy, or celiac disease. Celiac disease is more severe than non-celiac gluten sensitivity. In addition, gluten intolerance is more common in women.

The most common symptoms of gluten intolerance are diarrhea, bloating, and headaches. Gluten-free statistics show that there is no medication for this disease and the only way to treat it is to follow a gluten-free diet.