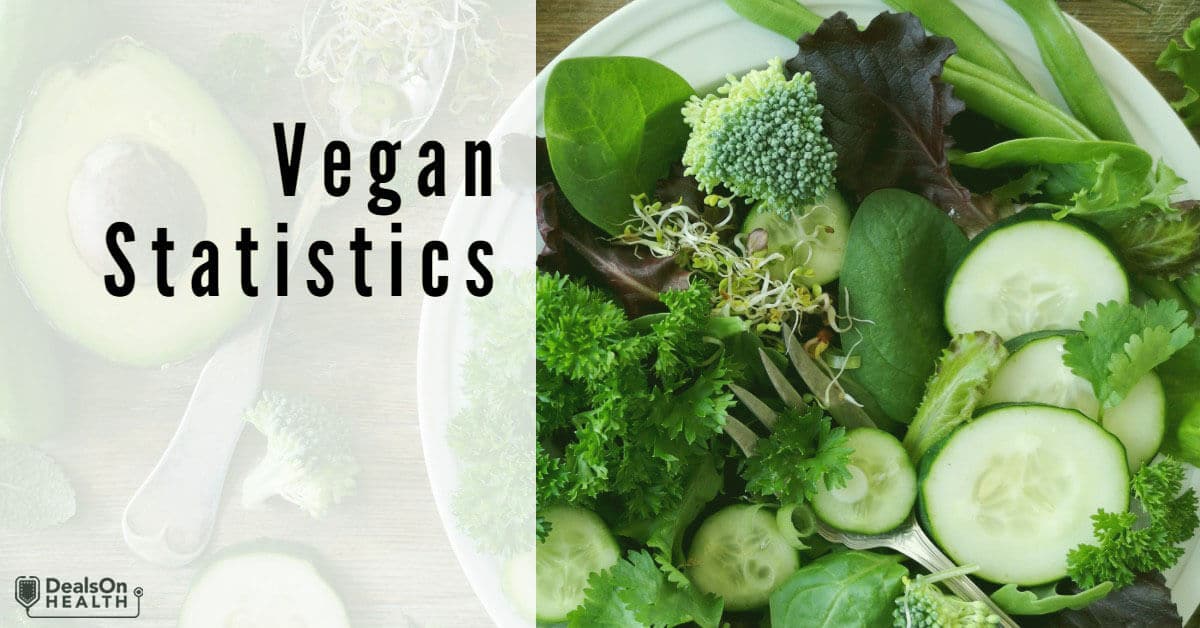 Veganism is much more than a diet, fad, or passing trend. It’s a way of life that many people adopt regardless of their age, race, gender, and even religious beliefs.

Have you been thinking about going vegan? Maybe you need to know a little bit more about it before taking the leap.

If that’s the case, you’ve come to the right place. We’ve got the latest vegan statistics to help you make your mind up and keep you informed.

General Vegan Facts and Statistics - What Vegans Fight For 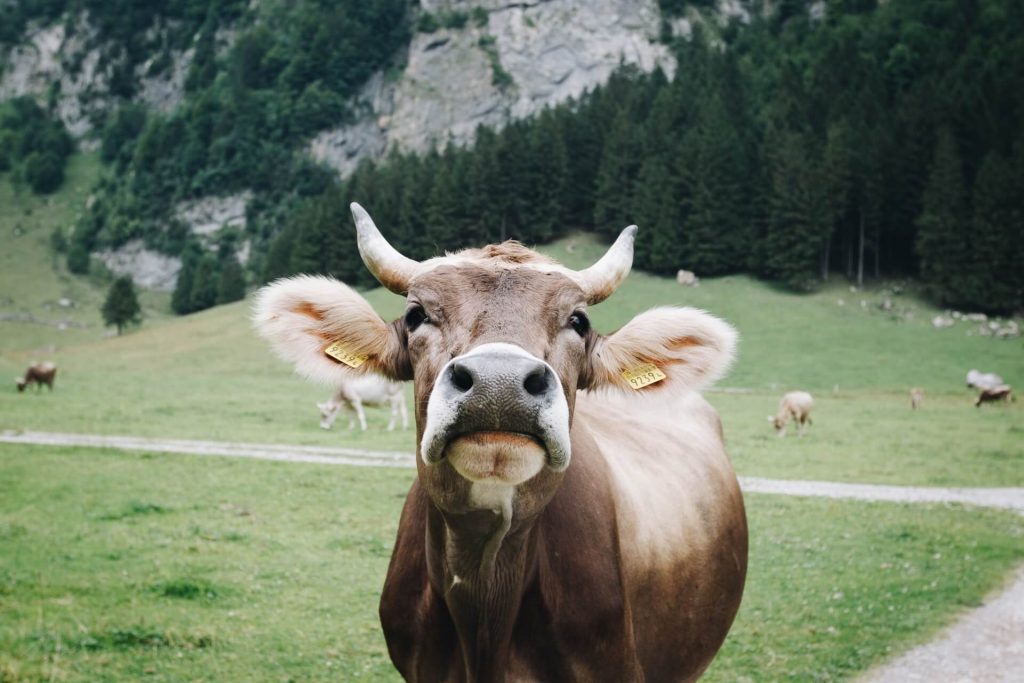 The primary goal of most vegans is to save as many lives as they can. Furthermore, they’re aware of the environmental problems caused by the meat and dairy industry and don’t want to participate in it. Nevertheless, so many anti vegan facts are spread across the Internet. So, let’s see what makes people go vegan and how it can help save numerous animals.

1. 25 million farm animals are slaughtered in the US every day.

Among these killed animals, 2.2 million are sheep and lamb. Moreover, sheep are slaughtered when they are six to eight months old. One of the essential facts about being a vegan is that vegans think killing and eating animals is unnecessary and harmful to our planet.

2. Around 70 billion farm animals are reared for food every year.

As many as 160 million animals are transported to slaughterhouses daily, and over one billion rabbits are killed for their fur each year. However, many vegan trend statistics prove that many substitutes for animal fur look and feel the same.

3. One vegan saves around 30 animals per month.

According to statistics on veganism, vegans not only save around 30 animal lives every month, but also 913 square feet of forest, 620 pounds of harmful carbon dioxide emissions, and 33,481 gallons of water.

Some of the documentaries that influenced people the most are called “What The Health,” “Cowspiracy,” “Earthlings,” and “Forks Over Knives.” The first one was the most influential, as 26.2% of respondents stated that it made them want to go vegan. Watching documentaries isn’t just a vegan trend. They are a valuable source of information about the true horrors of the meat and dairy industries.

5. Vegetarians can have more than twice as high cholesterol levels than vegans.

Vegans’ principles span far beyond food. So, they won’t use leather goods, wool, silk, beeswax, latex products, and animal-tested products, whereas vegetarians can use these products.

One of the vegan health facts that are good to know is that most vegetarians consume eggs and dairy, and that’s why their cholesterol levels are typically higher than those of vegans – sometimes more than twice as high.

The level of online interest in veganism and vegan trends has increased significantly during recent years. Veganism has an interest level of 99%, while the corresponding figure for vegetarianism is 39%. 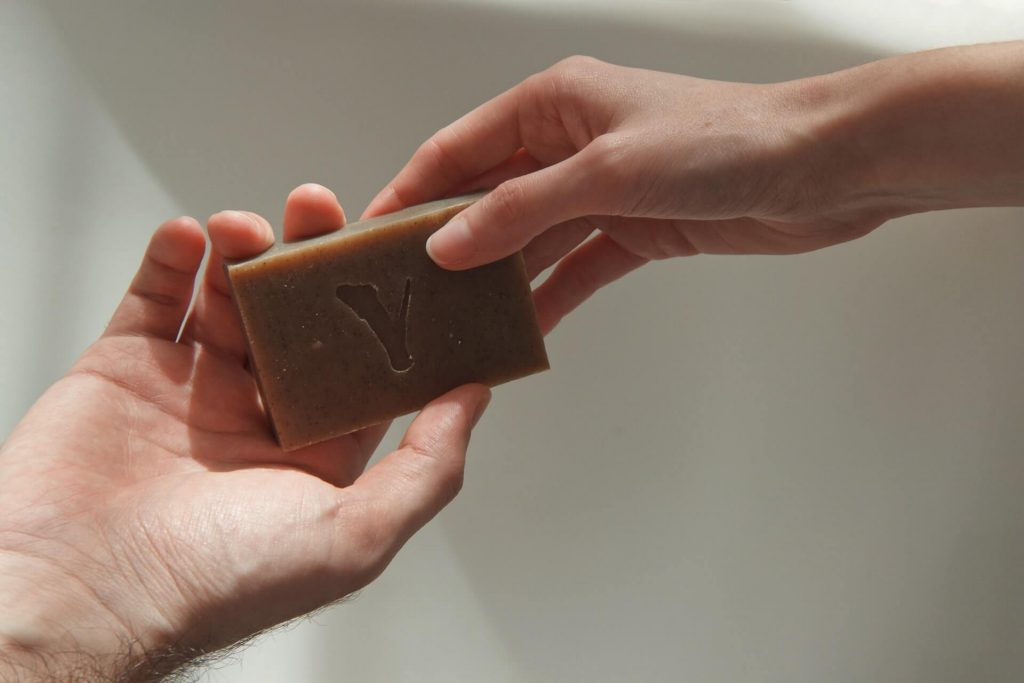 As the popularity of veganism is growing, new varieties of vegan products are created. For instance, skincare products that aren’t tested on animals are a new trend. Furthermore, it’s also possible to substitute non-vegan food with vegan ingredients that have the same taste. Let’s find out more about this industry from the following statistics.

Vegan stats show that the global vegan food market is growing at a CAGR of 9.1%. What justifies these figures is that vegans pay up to 65% more for meals at restaurants.

8. In 2018, The Vegan Society saw a 65% increase in the number of successful product registrations.

9. More than 500,000 people officially took part in Veganuary this year.

Each year, more people decide to participate in Vegaunary. Last year, the number of vegans who participated was 400,000, while 250,000 did in 2019. It seems that people are more interested in meat-free products after the coronavirus outbreak.

Vegan food market statistics show that the meat industry is projected to grow at a CAGR of a shocking 14% from 2019 to 2026. The top manufacturers in this market are Maple Leaf Foods Inc, Marfrig Global Foods S.A., Beyond Meat Inc., Royal Wessanen, MorningStar Farms, Tyson Foods Inc., and Pinnacle Foods Inc.

The popularity of plant-based protein is growing, and statistics on vegans reveal that, in 2019, vegan cheese was the most popular in Europe. This market is expected to be worth $4,651.68 million by 2027.

This statistic is undoubtedly encouraging. According to these vegan numbers and figures, the vegan milk industry has seen the most significant growth. The total sales growth was up by 20% in 2020.

As the data from Statista’s report show, it’s projected that the global vegan cosmetics market will grow 6.3% a year. This is firm proof that the percentage of people who are vegan is rising. 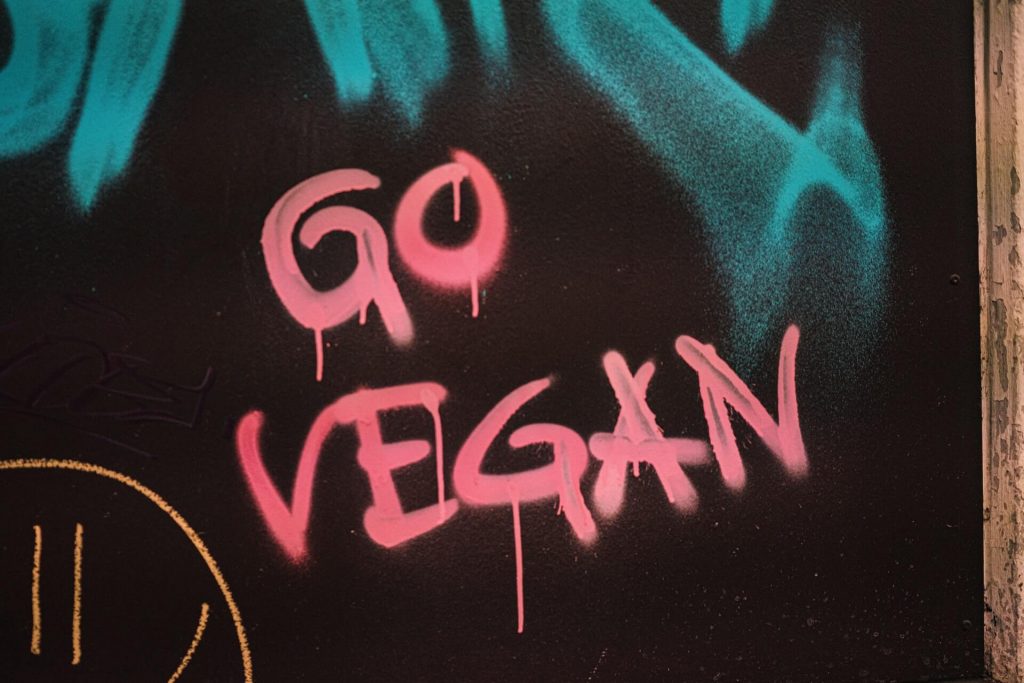 If you’re concerned about environmental problems, you should consider going vegan. Many studies show that cutting out meat and dairy from your diet can decrease carbon footprint, combat world hunger, and reduce energy consumption. Read more about it from the following vegan environmental facts and stats.

14. Veganism could save nearly eight million human lives by 2050.

We’ve already mentioned that going vegan for a month can save up to 30 lives. Additionally, just following the global dietary guidelines could result in 5.1 million deaths being avoided.

15. Almost half of the water spent in the US is used on raising animals for food.

Vegan vs meat eater statistics reveal that veganism can save water. It takes 2,400 gallons of water to produce one lb. of meat, while only 25 gallons are needed for one lb. of wheat.

The issues with global warming aren’t a laughing matter, and the vegan percentage of the population is fully aware of that. Adopting a vegan diet could reduce greenhouse gas emissions by two-thirds. Greenhouse emissions associated with food loss and waste contribute up to 10% of all global emissions.

17. Not eating meat and dairy products can reduce a person’s carbon footprint from food by up to 73%.

If you decide to stop consuming dairy and food products, you could reduce your carbon footprint from food by more than 70%, and that’s just one of the environmental benefits of veganism. 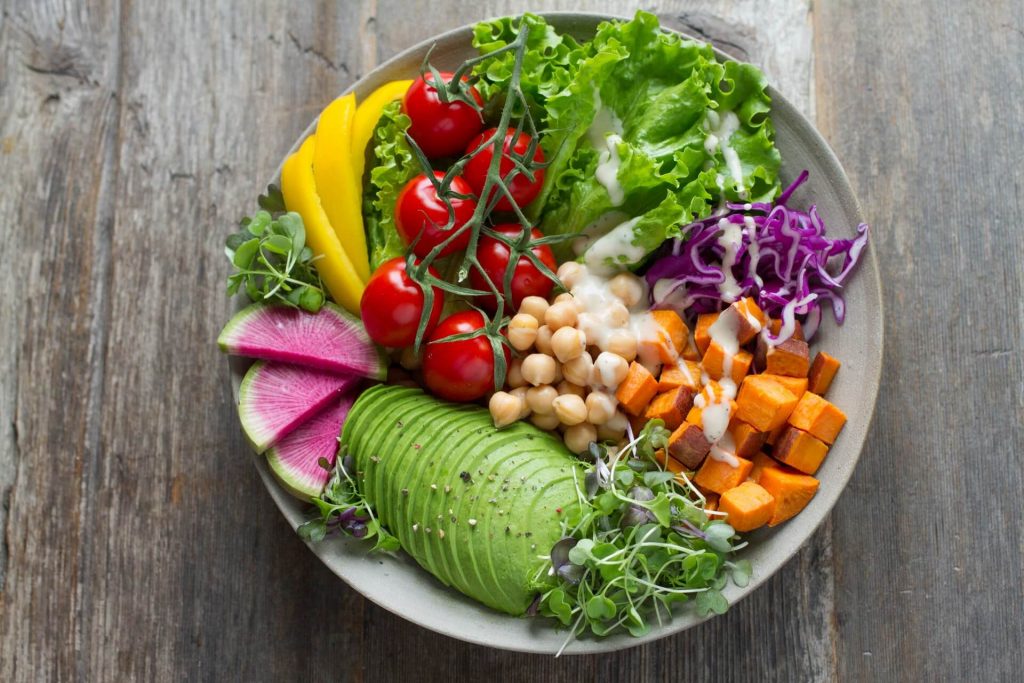 Maybe you didn’t know that red meat is classified as a group 2A carcinogen? Furthermore, eating red meat can increase the risk of diabetes, even if you eat it in small amounts. Let’s discuss some differences between a standard and plant-based diet and some pros and cons of veganism.

18. Meat-eaters are 15.5% more likely to suffer from hypertension.

In addition to being more susceptible to hypertension, meat-eaters also have a slightly higher risk (1.8%) of having an apoplectic stroke. Additionally, vegan health benefits statistics point out that vegans are only 8.5% likely to suffer from arthritis, while meat-eaters are 10.3% more likely to develop arthritis.

vegan death rates are considerably lower. Vegan women live at least 6.1 years longer than women who eat meat. However, the vegans’ skin is much more likely to show signs of aging. The main three reasons for this are a lack of essential fats, no bioavailable collagen, and the high amount of carbs they consume.

21. Eating a vegan diet reduces the risk of developing type 2 diabetes by 23%.

22. The vegan cancer rate is lower than for any other diet.

A plant-based diet can reduce the risk of almost one-third of cancer cases. As vegan cancer statistics based on research that included nearly 70,000 volunteers tell us, vegans have the lowest chances of developing cancer.

23. Vegans and vegetarians had three more strokes per 1,000 people and ten fewer cases of heart disease than meat-eaters.

According to research that lasted 18 years, people who are vegetarian or vegan have a lower risk of heart disease. However, even though vegan heart attack rates are somewhat lower, we can’t claim that they have no predispositions for suffering a stroke. 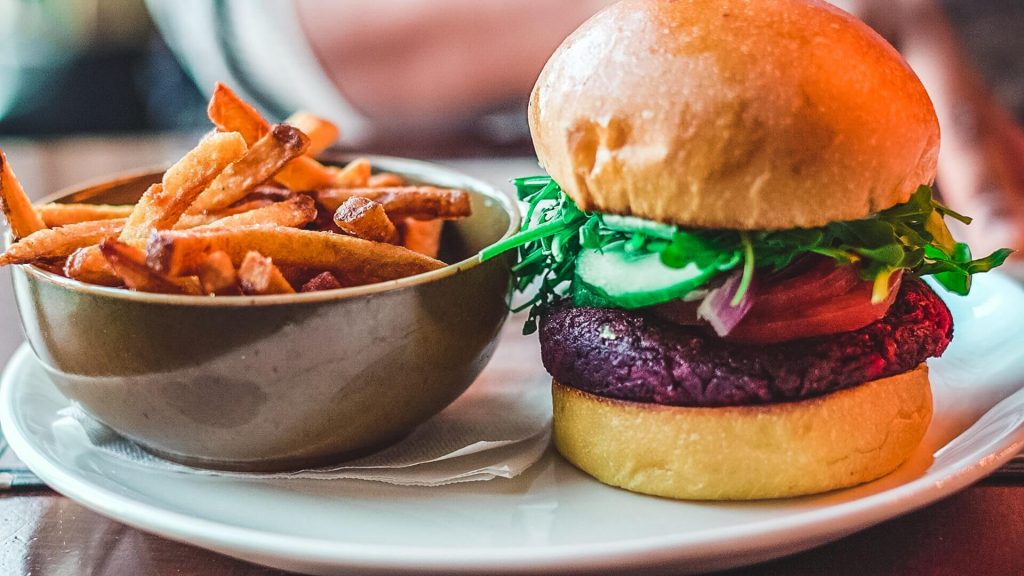 Going vegan might be easier than you think. Since more people choose to follow this diet, you can find substitutes for almost all non-plant-based food. Read the following statistics to find out more about some vegan nutrition facts, along with the additional information about vegan food.

Plant-based butter is high in calories because it’s mainly made from plant-derived oils. Although it can be high in omega-6 fatty acids, vegan butter nutrition facts confirm that it’s healthier than the regular one.

If you want to lose weight, you might want to consider swapping regular eggs with vegan eggs. One of the vegan egg nutrition facts that confirm this statement is that a plant-based egg has 1.5g less fat and has fewer calories.

There is no cholesterol even in plant-based meat, and it’s well-known that high levels of cholesterol increase the likelihood of heart disease. Plant based diet statistics also indicate that vegans ingest the least fat and the most fiber.

Many people worry that going vegan will prevent them from gaining muscle mass, and that’s not true. On the contrary, vegan cheese nutrition facts prove that vegan food contains enough protein and that it’s possible to build muscles even on a plant-based diet. 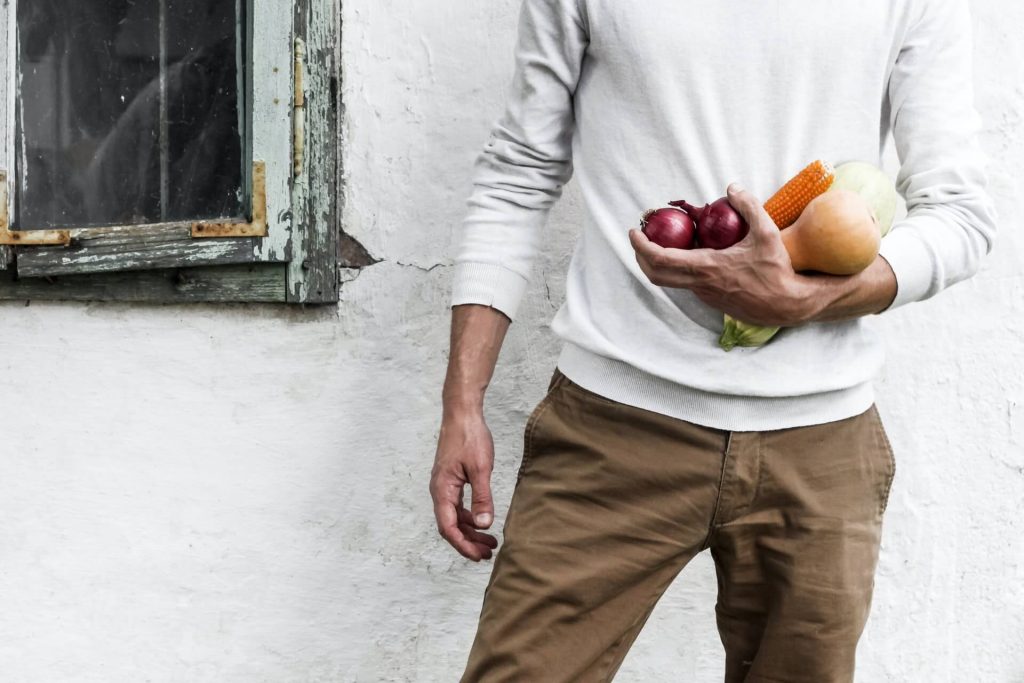 Surprisingly, a majority of vegans are women. However, that shouldn’t discourage men from doing the same. In this section, you’ll find out about the global demographics of people on plant-based diets.

As the vegan Statistics for 2021 reveal, nearly 80 million people in the world are vegan. Nevertheless, it’s not easy to determine the exact number. The relevant data show that only 0.1-1% of the world population adheres to a plant-based diet.

The number of vegans in the US has increased by 600% since 2014, which is uplifting. Yet, we still have a long way to go until enough people realize the importance of saving the environment, other beings, and our health.

30. 12% of Millennials are vegan or vegetarian.

Younger generations are adopting vegan lifestyles at almost double the rate of older Americans. On the other hand, according to vegan statistics, only 2.5% of Americans older than 50 follow plant-based diets.

In the US alone, 79% of vegans are women. In contrast, the male to female ratio of vegetarians is more balanced, with 59% of the vegetarian population being female and the remaining 41% male.

Living a life as a vegan isn’t as tricky as some might think. Vegans can consume other products, like e-liquids for vaping, for example. Moreover, being vegan has numerous beneficial effects on a person’s health.

We hope that these statistics have helped make up your mind when it comes to going vegan. We’ve given you enough vegan smart nutritional facts you need to make the right decision.

Keep in mind that you don’t have to stop using or eating animal-based products at once. You can try swapping to organic food first, for example. Even the slightest change will save many lives and be beneficial for your health.

What percent of Americans are vegan?

It’s difficult to say how many Americans are vegan, but research shows that around 6% of US citizens embrace the vegan diet. Fortunately, the number of vegans has increased by 600% since 2014.

How many people are vegan?

According to the latest statistics, approximately 79 million people in the world follow a vegan diet, and most of them are female.

Vegans are healthier. Nonetheless, there are pros and cons to being vegan for a long time. For example, vegans live longer, but their skin wrinkles faster. Also, they have a higher chance of suffering a stroke. However, the only supplement vegans need to take is vitamin B12.

Is the vegan population growing?

Yes. People have become more aware of the environmental issues: pollution, the lack of fresh water, world hunger, global warming, and many other problems. Going vegan can either solve them or improve the state of our planet and people.

Vegans live longer because they have a 15% lower risk of dying from all causes, meaning that a vegan diet may be the reason. However, as mentioned before, going vegan might increase the likelihood of some medical conditions.

What race has the most vegans?

Black Americans are almost three times as likely to be vegan or vegetarian than other races in the US. However, when nationalities are in question, Israel has the highest percentage of the vegan population, as vegan statistics show.