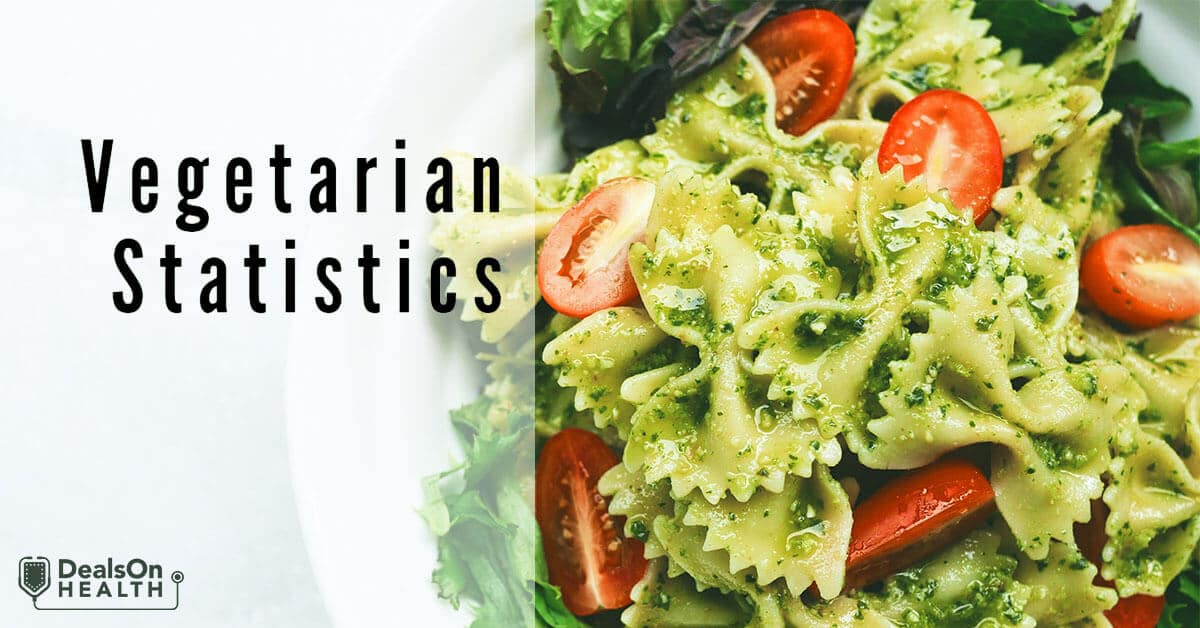 Vegetarian statistics show that more and more people are shifting to this diet for ethical and health reasons. However, vegetarianism is more than the latest fashion tendency—societies have practiced it throughout history, hoping to achieve longevity or for religious and moral reasons.

Today, it’s a personal choice driven by a rising awareness of environmental issues and the importance of adopting a healthy lifestyle.

Here are some of the latest and most essential statistics on vegetarianism to help you get the facts right and make wiser choices. 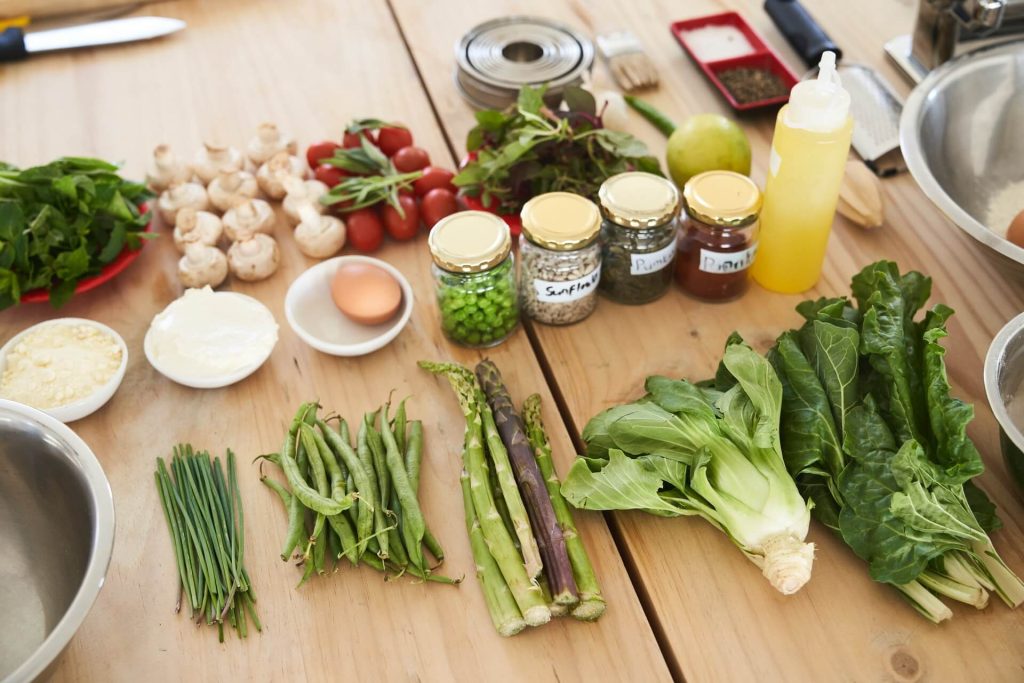 India is the country with the highest number of vegetarians. Additionally, 81% restrict meat in their diet in some form. For example, they restrain from eating certain meat or avoid eating meat on certain days. With 74.90%, Rajasthan has the highest vegetarian percentage by state, followed by Haryana (70%) and Punjab (66.75%).

2. In a year, the vegetarian population in Nigeria grew to 1.4 million people.

The most recent data shows that vegetarianism is becoming popular in many developing regions, especially among the young, middle- and high-income population. In fact, Nigeria is the leading country in increasing the vegetarian population.

Furthermore, stats on vegetarianism suggest that Pakistan and Indonesia saw a significant increase and now have 1.19 million and 270,600 vegetarians, respectively. Germany, Brazil, and Italy are also on the list of countries with the most significant growth of vegetarian population in one year.

3. There are an estimated 1.5 billion vegetarians globally.

According to the latest survey available, the percentage of vegetarians in the world is estimated at 22%. Additionally, findings indicate that most of these people are vegetarians out of necessity, which means they either don’t have access to meat or have health-related reasons to go vegetarian.

In contrast, the vegetarians who opt to follow a vegetarian diet by choice amount to 75 million or approximately 1% of the global population.

4. 6% of the UK population is vegetarian.

In the UK, the vegetarian diet is the most common among the non-meat diets. According to the latest statistics on vegetarians, 3.1 million people follow a vegetarian diet. Furthermore, the survey conducted by Finder revealed that about 12% or 6.5 million Britons plan to become vegetarians in the future.

5. 7.5 million people in Germany declare themselves as vegetarians.

According to the latest vegetarian stats, this number has grown by 1.19 million people since 2014. Additionally, a recent survey showed that 42% of participants have deliberately reduced their meat consumption by following a plant-centered diet.

6. 5% of the US population follows a vegetarian diet.

With this, the number of US consumers following a plant-based diet amounts to 9.7 million, increasing from just 290,000 15 years ago. Additionally, with 9%, non-white Americans are three times more likely to describe themselves as vegetarians than white Americans (3%).

The Gallup survey indicates that women are more likely to identify as vegetarians than men (4%). Additionally, vegetarianism is more prevalent among younger Americans; 8% of the 18- to 34-year-olds follow a vegetarian diet compared to 7% of 35- to 54-year-olds and 2% of adults aged 55 and older.

8. 32% of people identify themselves as “mostly vegetarian.”

The percentage of vegetarians in the US in 2022 is estimated to grow, considering that more and more people have been reducing their animal products consumption.

More than a third of participants in the State of the Industry Report: Plant-Based Meat, Eggs, and Dairy said they were mostly vegetarian or were actively reducing their meat consumption. What’s more, 80% believe the shift toward plant-based diets is a long-term change.

9. According to vegetarian facts and statistics, 22% of millennials have tried a vegetarian diet at some point.

For comparison, only 13% of Gen Xers and 11% of baby boomers have done the same. Additionally, 8 in 10 millennials eat meat alternatives, and nearly a third of them are trying to lean towards a more plant-based diet. 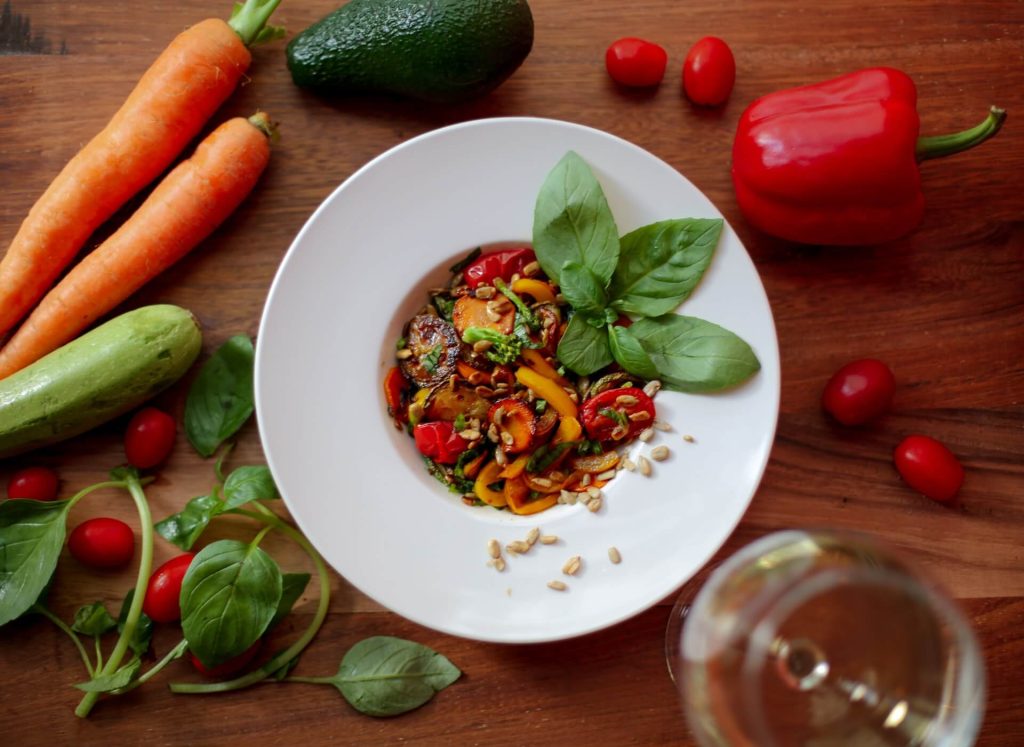 10. A vegetarian diet could save 7.3 million lives.

Researchers created four scenarios to assess the health and effects of the vegetarian diet. One scenario is based on the current consumption trends.

Another includes following a diet based on the global dietary guidelines. The last two are vegan and vegetarian scenarios. They found that the greatest benefits could come from a vegetarian or vegan diet (avoiding 7.3 million and 8.1 million deaths, respectively).

11. A plant-based diet reduces the risk of heart disease death by 40%.

Vegetarian vs. meat eater statistics reveal that almost 60% of people consuming plant-based proteins have healthier heart arteries than those consuming meat-based proteins. Additionally, people who are vegan, vegetarian, or follow another plant-based diet have a 40% lower risk of coronary heart disease.

12. Vegetarians show a 10–12% lower incidence rate for all cancers.

However, direct and indirect evidence links plant foods and plant constituents to maintaining a healthy weight and reducing cancer risk. At the same time, research has linked the consumption of meat, mainly processed meats, to the increased risk of certain types of cancer.

13. Vegetarians are 50% less likely to develop type 2 diabetes than non-vegetarians.

The study participants were non-diabetic, and a follow-up questionnaire after two years showed that cases of diabetes developed in 2.9% of vegans, 3.2% of lacto-ovo vegetarians, 4.8% of pesco-vegetarians, and 6.1% of semi-vegetarians, compared to 7.6% of non-vegetarians.

14. Vegetarian diet can be twice as effective in weight loss as a conventional diet.

Vegetarian nutrition facts indicate that a diet abundant in healthy plant-based foods can be twice as effective in shedding body weight as a regular diet. For example, a study found that the average weight loss for participants following a vegetarian diet was 6.2 kg, compared to 3.2 kg lost when following a conventional diet.

Vegetarian vs. meat eater facts confirm that omnivores have almost double the obesity rate of vegetarians. A study published in the Nutrients journal found that approximately 30% of omnivores are obese or overweight compared to only 13% of vegans. This is not a surprise considering that animal products contain more fat than plant-based foods. 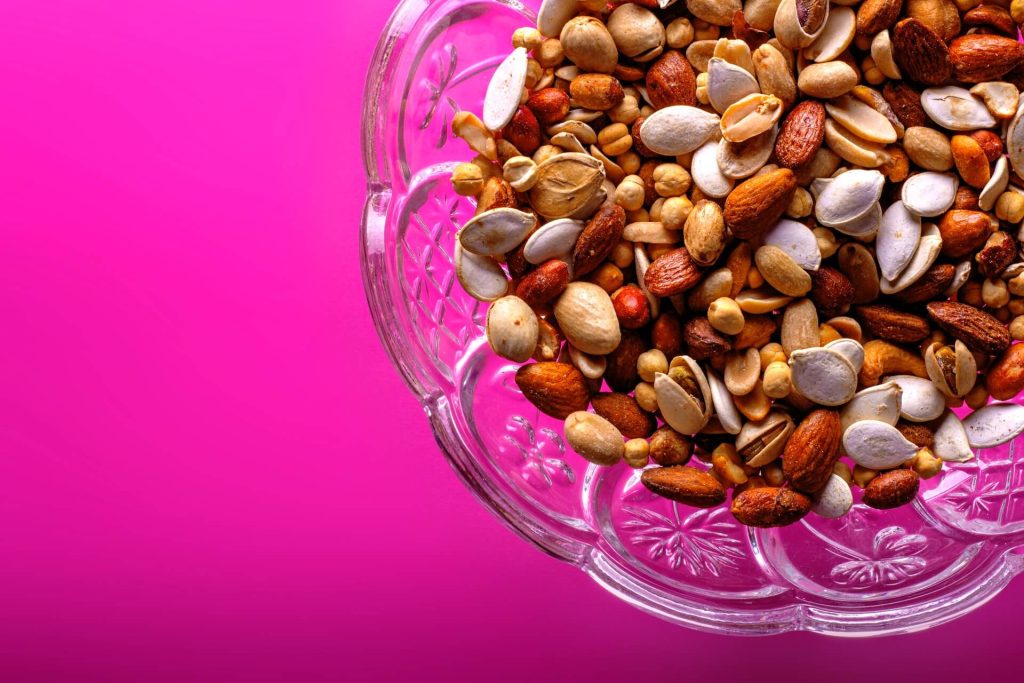 16. 48% of US consumers opt for a plant-based diet for environmental reasons.

Several years ago, the main reason for US consumers to shift to a plant-based diet was to improve health. However, as of 2020, the number of people opting for a plant-based diet for health reasons declined from 82% in 2018 to 65%. At the same time, the percent of those driven by environmental reasons increased from 31% in 2018 to 48%.

17. A vegetarian diet could cut greenhouse gas emissions by 63%.

18. Shifting to a plant-based diet can save $1 trillion annually.

The sum refers to the amounts that would accumulate by preventing lost productivity and health care costs. Furthermore, interesting facts about being a vegetarian show that if you add the economic value of lost life, this figure will skyrocket to $30 trillion annually.

19. 91% of the Amazon rainforest destruction is a result of animal agriculture.

Similarly, for creating cropland to feed animals raised for food in the US, about 260 million acres of forests have been cleared. If the entire population turned to plant-based food, the farmland use would be reduced by 75% and still feed everyone. 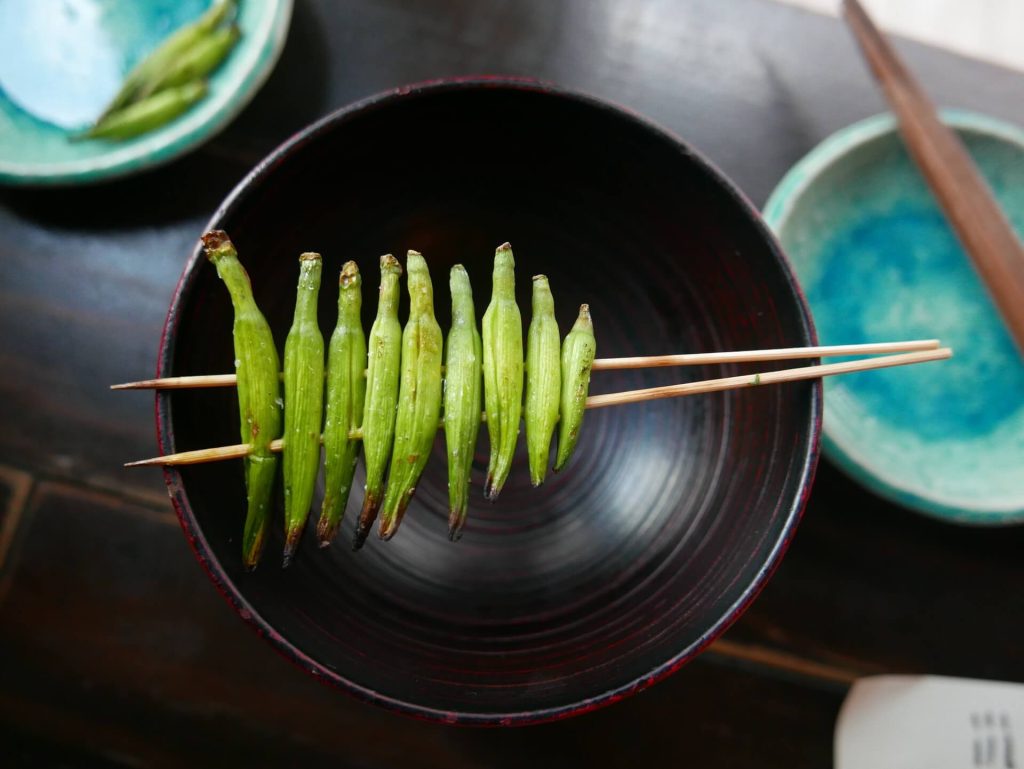 20. The plant-based retail meat market is worth over $1.4 billion.

Plant-based meat alternatives have been popping everywhere—from restaurants to mainstream supermarkets. This rapidly-growing category noted an increase of over $430 million in sales in just one year.

21. The sales of meat alternative dishes in US restaurants jumped by 268%.

Vegetarian fun facts suggest a massive shift in the restaurant offerings across the US. Plant-based diets are here to stay, and restaurants are actively looking for ways to appeal to their customers.

As a result, they now offer more meat-free options on the menus—the number of restaurants serving meat alternative dishes increased by 26.4% in two years.

Vegetarianism facts and statistics confirm that plant-based food alternatives are becoming a long-term option for consumers globally. As a result, retail sales will continue to grow fast, up from $29.4 billion in 2020.
According to these projections, the plant-based food market would make 7.7% of the global protein market.

A well-planned vegetarian diet can help you lead a healthier lifestyle. Plant-based foods are abundant in vitamins and minerals, low in calories and saturated fat, and cholesterol-free. A plant-based diet will provide you with the essential nutrients your body needs.

That said, adapting to a vegetarian lifestyle can be challenging. So, a flexitarian approach is an excellent way to start. For example, you can try cutting down on meat consumption first and transition to a plant-based diet after a couple of weeks.

In the past decades, research has consistently found that a vegetarian diet can reduce the risk of major diseases, thus helping you live longer. For example, one study indicates that men who follow a vegetarian diet live approximately 10 years longer than those on a regular diet (83 years vs. 73 years). Additionally, vegetarian women can live six years longer, reaching 85 on average.

Is being a vegetarian healthier than eating meat?

Numerous studies have proven the health benefits of following a vegetarian diet. For example, vegetarians appear to have lower blood pressure, lower low-density lipoprotein cholesterol levels, and lower rates of hypertension than omnivores.

What are the cons to being a vegetarian?

Being a vegetarian has tons of positive health effects. However, adapting to this lifestyle can be challenging for those who prefer not to eat many vegetables. This would involve mainly relying on carbs and starchy foods, which can adversely affect your health.

Another potential con is that, without the help of supplements, you’ll possibly experience a lack of vitamin B12, calcium, iron, and zinc—nutrients found in meat.

What percentage of the world is vegetarian?

According to the latest data, 22% of the world population identify themselves as vegetarians. Out of these, the majority are vegetarians out of necessity. This means that people have shifted to a vegetarian diet due to lack of access to meat or for health-related reasons.

On the other hand, only 1% or 75 million people are out-of-choice vegetarians. However, vegetarian statistics imply that this number is poised to change as the percent of people following a plant-based diet is rapidly growing.