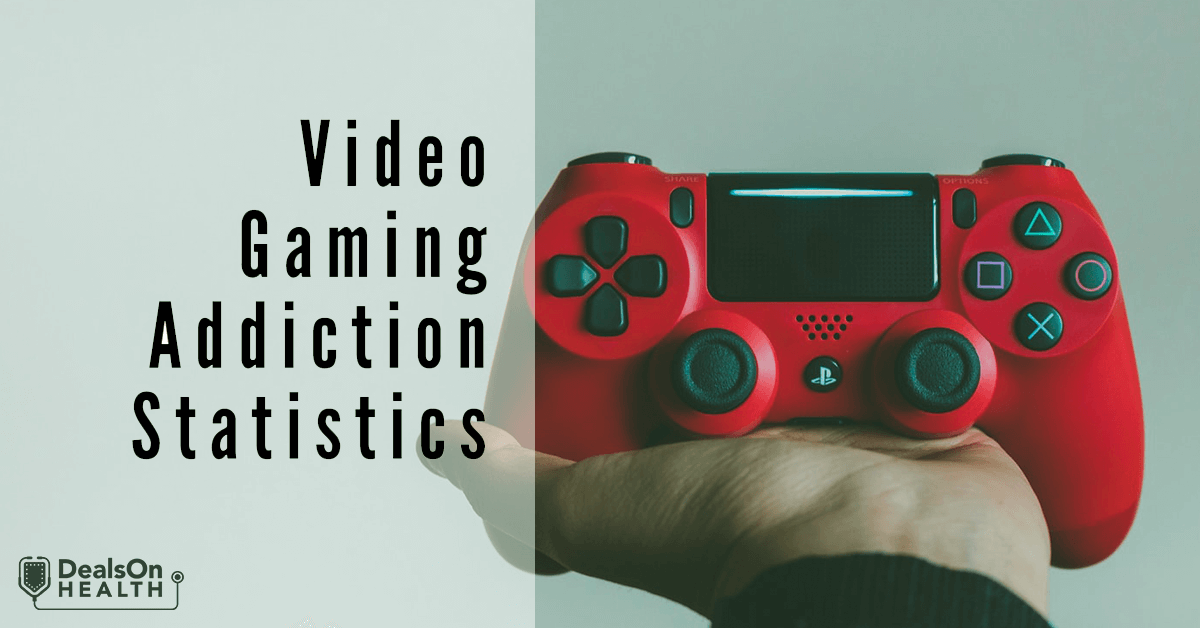 However, video games are also addictive and can take a significant toll on people’s lives. We gathered the most important stats and facts to help you understand the potential adverse effects of this seemingly harmless hobby. Read on to find out more. 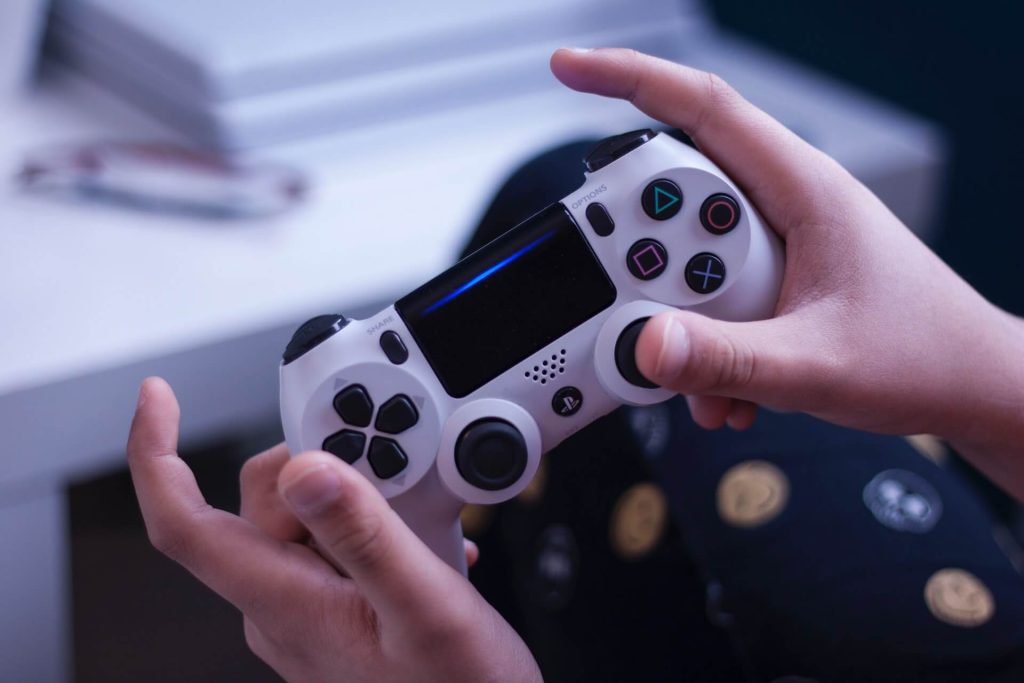 According to the latest estimations, the video gaming market will surpass $138 billion by the end of 2021. The two fastest-growing regions in terms of players are the Middle East and Africa and Latin America. Read on to discover more about the global usage of video games.

This video gaming addiction statistic confirms that gaming is a globally adored hobby. With a video gaming audience of 1.48 billion, Asia has the largest market for video gaming globally. Europe comes in second with 715 million video gamers.

Furthermore, there are 419 million gamers in Latin America and 284 million in North America. Finally, Oceania has the smallest video gaming audience—32 million.

2. Across the US, there are nearly 227 million video gamers.

The number of gamers in the US is growing exponentially. Currently, 226.6 million Americans are playing video games. Furthermore, 74% of American households have at least one gamer. The report on the gaming industry issued by ESA also reveals that 76% of Americans younger than 18 and 67% of those older than 18 are video game players.

3. With 57%, smartphones are the most popular device for playing games.

Statistics about gamers show that nearly 60% of them use their smartphones to play video games. Additionally, 46% play games on a game console, and 42% use a PC. Numbers further reveal that 71% of those playing games on smartphones play casual games, whereas 60% of those using a game console play action games.

South Korean gaming addiction statistics imply a serious issue among young people. This has caused the government to introduce the “Shutdown Law” that prevented players under 18 from playing games between midnight and 6 AM. The law was passed in 2011 to prevent gaming addiction. However, it was abolished in August 2021.

5. 30% of UK gamers admit skipping a shower or a meal to play video games.

According to online gaming addiction statistics, the UK gaming community grew by 63% during the COVID-19 lockdown, with 54% of gamers reporting playing at least one video game per day.

What’s more, a third of gamers skipped a meal or a shower to play video games during lockdown. Additionally, 60% said they had lost sleep due to long gaming sessions.

As the UK video game addiction statistics show, before the pandemic hit, the average gamer in the UK spent 39 days a year playing video games. However, it increased to 18 hours per week during lockdown, with an average session between one and three hours. What’s more, some players spent more than 15 hours a day at the time.

Furthermore, Saudi Arabia has the highest number of frequent gamers (25%). Conversely, Japan has one of the lowest engagement rates for adult gaming.

8. China has more than 720 million gamers, 110 million of which are underaged.

Even though it’s hard to pinpoint the exact number of addicted gamers in China, the experts agree it’s undoubtedly a significant portion, especially given the most recent child video game addiction stats. About 13.2% of Chinese minors play video games for more than two hours on weekdays.

The State of Video Game Addiction During the Pandemic 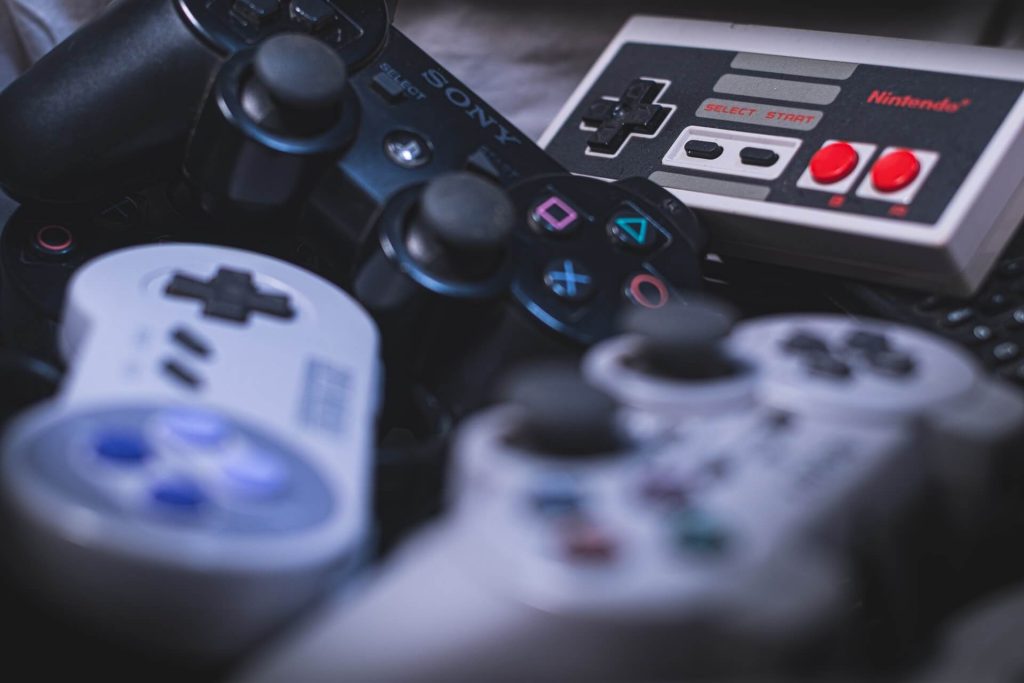 As the world went into lockdown following the COVID-19 outbreak, many people turned to video games to escape reality, have fun, and socialize. In addition, we’re presenting the most crucial stats to illustrate the pandemic’s hit on video gaming.

9. 55% of video game players have played more during the pandemic.

Video gaming addiction statistics show that video games have become a source of relaxation but also connection during the pandemic. In fact, for 55% of players, games have been a source of stress relief, and for 48%, a welcome distraction. Furthermore, 90% will continue to play even after the pandemic is over.

10. According to 71% of parents, video games have provided the needed break for their children.

Video gaming addiction stats post-pandemic reveal a rapid increase in gaming adoption among young children. In addition, more than 70% of parents think video games have provided the much-needed break for their children during a challenging time of homeschooling and social distancing.

Additionally, 66% agree video games made the transition to distance learning more manageable. Finally, 59% report their child used education games during the pandemic, and 63% agree they were effective.

11. The time spent playing battle royale games during the pandemic increased by 143%.

Spending on video games reached a record $14.9 billion in the first quarter of 2021. This video game addiction statistic implies that spending remained strong despite the economic changes caused by the pandemic.

The upward trend in spending was seen in video game content sales that reached $12.8 billion.
Games like Among Us, Call of Duty: Black Ops Cold War, and Animal Crossing: New Horizons were among the most played in Q1. In addition, hardware sales grew by 81%, while accessories sales went up by 42% year-over-year.

During the lockdown in 2020, video games were one of the top entertainment options for many people. Unfortunately, video gaming addiction facts show that addiction or game overuse is most common in gamers who play Massive Multiplayer Online Role-Playing Game (MMORPG). The reason is that these games happen in real-time, are social, interactive, and competitive.

14. Gamers in the US reported spending approximately 10.9 hours per week on gaming. 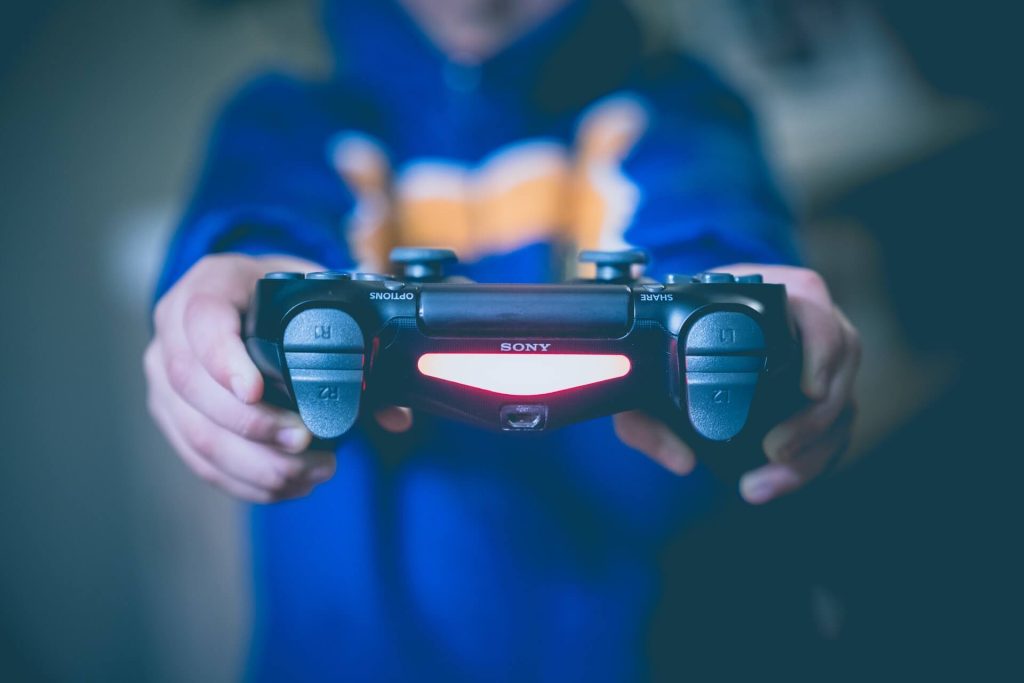 Who plays video games the most? Younger men are the demographic that comes first to mind but so do many others. Here are some interesting facts about gamers and their preferences.

Even though more and more women are playing games, the industry has a male-dominated audience. As per the latest numbers, only 45% of video gamers identify as female.

Moreover, people of color are also underrepresented, with 73% of video gamers being white. Hispanics account for 9% of gamers, whereas Black gamers account for 8%. In addition, only 6% of gamers are Asian.

16. As per the gamers’ age statistics, the average age of a video game player is 31.

Game addiction statistics reveal that players spend a lot of money on video and computer game software and accessories. Moreover, the latest numbers indicate that players spent $1.02 billion on video gaming content in just the second quarter of 2020.

19. The average time playing video games for 77% of gamers is more than three hours a week.

Moreover, a whopping 51% of gamers spend at least seven hours a week on this hobby. Finally, 29% of those playing video games report spending between one and three hours weekly.

Facts and Stats to Raise Awareness About Video Game Addiction

WHO included “gaming disorder” in the 11th ICD Revision. The disorder is defined as a compulsive pattern of gaming behavior that negatively impacts the individual’s normal functioning. The following statistics illustrate how prevalent video game addiction is.

This was discovered by a recent study on gaming addiction involving 2,075 participants. Additionally, 5.3% were identified as problem gamers and 4.5% as highly engaged gamers. These gamers reported spending hours chatting on the internet and experiencing loneliness.

As many as 8.4% of teenagers are addicted to video games like Minecraft, Fortnite, and Animal Crossing. Furthermore, statistics on video game addiction based on a study conducted among 3,000 students imply that 19% of teenage boys and 7.8% of teenage girls are classified as having a gaming disorder.

The addiction happens when teenagers start prioritizing gaming over their personal and educational activities. Teenager video game addiction involves spending about 12 or more hours on a particular game without being aware of it, resulting in isolation, irritability, and stress.

23. More than half of 19,000 respondents have played video games recently.

Moreover, about 2–3% of them reported having experienced at least one of the symptoms associated with gaming disorder, and about 1% said they felt unable to curb their play.

People with a gaming disorder have difficulties controlling how much time they spend playing video games. According to a 2021 meta-analysis of the global prevalence of gaming, 3.05% of gamers are addicted. In other words, about 60 million people globally are affected by a gaming disorder.

25. According to World of Warcraft addiction statistics, 44% of Warcraft players are addicted to the game.

The survey also reveals that 62% of gamers believe the game interferes with important activities like work, school, and socializing. Furthermore, 40% agree they think a lot about the game and describe it as a central activity in their lives.

26. Boys with an autism spectrum disorder tend to play video games for 2.1 hours on average.

A video game addiction statistic reveals a connection between autism and gaming addiction. A study that involved 15 boys concluded that those with ASD tend to play video games for more extended periods every day compared to neurotypical children.

However, playing video games regularly for an extended period can negatively affect your health and hinder your social skills. So, it’s essential to know when to stop. For example, set time limits, refrain from playing at night, and do other activities every day, including exercise.

How addictive are video games?

Video games trigger the release of dopamine, the feel-good neurotransmitter. One study compared the dopamine released while playing games to that detected after taking stimulant drugs.

Over time, the brain gets used to the dopamine supply and starts requiring more gaming to stimulate more release.

Why is gaming addiction a problem?

Video gaming addiction is a compulsive disorder that can have severe effects. For instance, lack of sleep and proper nutrition and hydration are common short-term effects that might lead to sleeping disorders and diet-related health problems.

Similarly, addicted gamers tend to isolate themselves, which might lead to loneliness and social anxiety. Furthermore, addicted gamers have less time to focus on their career or education, resulting in job loss or expulsion from school.

Which country has the highest rate of video game addiction?

China is the country with the highest prevalence of frequent adult gamers, according to the Statista Global Consumer Survey. Chinese adults spend 12.4 hours per week playing games.

Moreover, recent numbers indicate that 62.5% of Chinese minors play online games frequently, and 13.2% play mobile games for over two hours a day on working days. However, with the new regulations in the country, people under 18 are limited to playing for three hours per week.

How many hours a day is video game addiction?

Video game addiction is a mental health disorder that involves compulsive video gaming behavior. It’s common for addicted gamers to spend 10–12 hours gaming. However, besides spending a lot of time gaming, addiction involves being preoccupied and constantly wanting to play the game, lying about the time spent on the game, losing interest in other activities, and feeling irritable when not playing.

How many hours of gaming a day is healthy?

There isn’t a strictly determined time frame for video gaming that is considered healthy. However, some studies imply that the time spent on games should be less than two hours.

For example, the American Academy of Pediatrics recommends less than one hour a day playing video games for young children and teenagers. Additionally, AAP recommends avoiding gaming at least one hour before going to bed.

What are the adverse effects of video game addiction?

Gaming addiction starts with game preoccupation and loss of interest in other activities. The gaming disorder is characterized by reduced control over gaming that often results in negative consequences in numerous aspects of the gamer’s life, including personal, occupational, family, and other vital areas of functioning.

How many people are addicted to video games?

More than 3.24 billion people play video games. For some of them, gaming is just a fun pastime, but it’s an unhealthy obsession for others. A recent meta-analysis of the global prevalence of gaming revealed that 3.05% of video game players are addicted to video games. This percentage translates to more than 60 million globally, as per the latest video gaming addiction statistics.