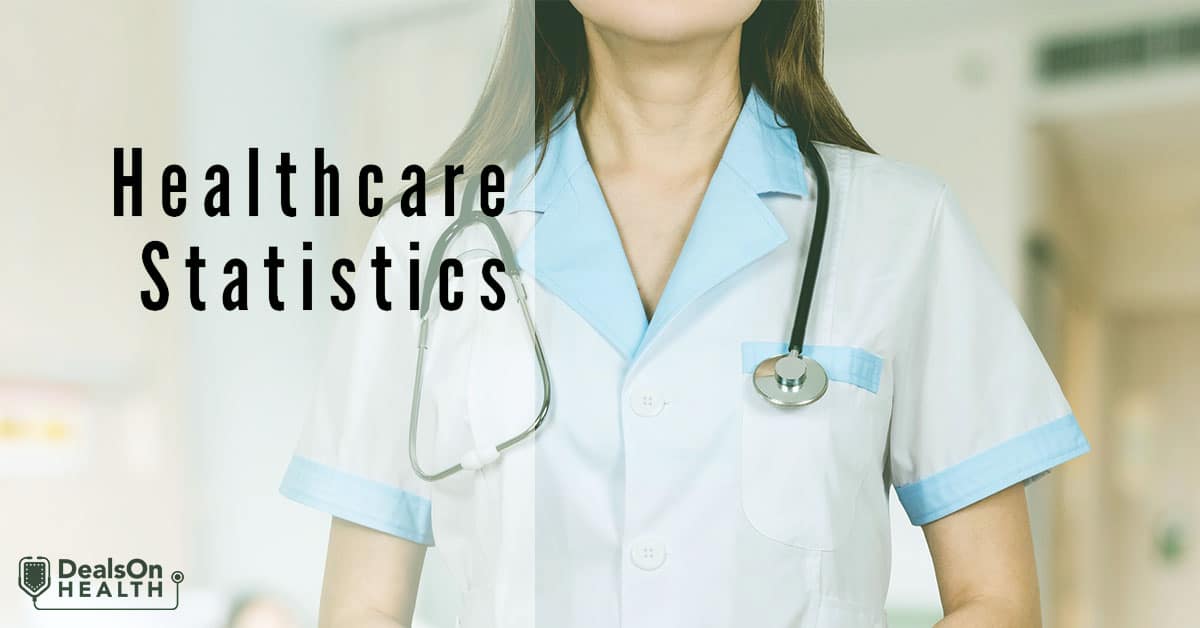 The US is one of the most powerful nations and yet has some of the greatest disparities when it comes to healthcare. Unlike many developed nations, the US does not recognize access to free healthcare as a basic human right, and as such, has some of the highest medical costs in the entire world.

The most recent healthcare statistics highlight the current state of the US healthcare system, the impact of the coronavirus pandemic, and how virtual technology may be the key to reducing costs and improving patient care. 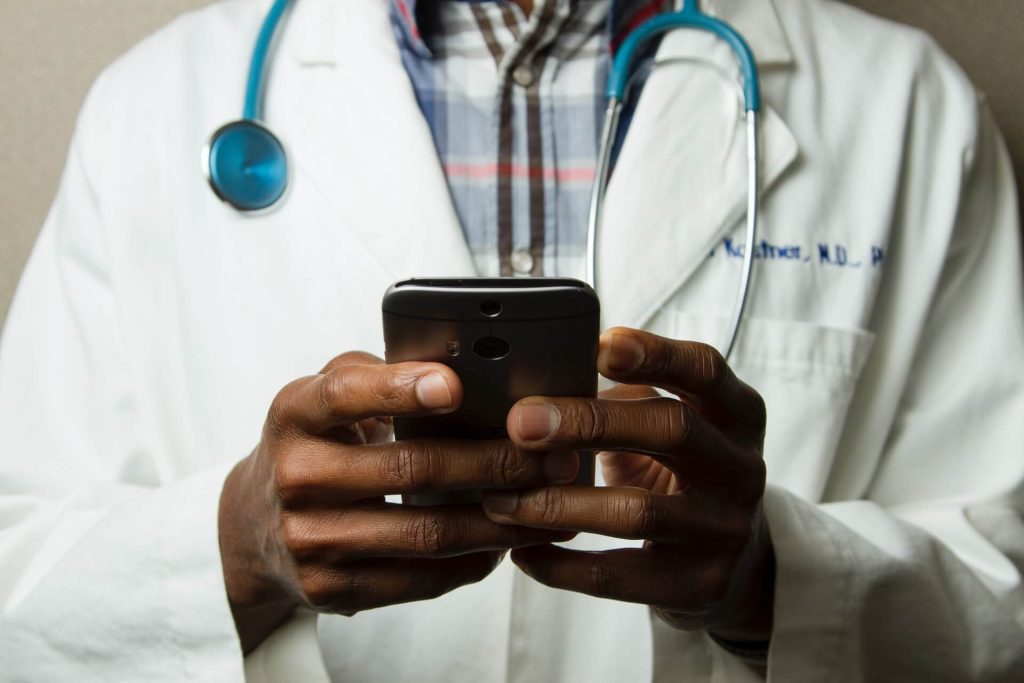 1. Only 21% of US adults think America offers the best healthcare system in the world.

Conversely, 61% stated they firmly believe the American system isn’t the best, whereas 18% were undecided.

2. The size of the US healthcare market is estimated at $1.1 trillion.

As of 2021, the US health and medical insurance market size is estimated at $1.1 trillion.

In the past five years, the US healthcare market has been growing at an annual average rate of 5.1%, and the health and medical insurance industry is ranked second as the industry overall in the country.

3. Over one-quarter of US adults have been diagnosed with at least two chronic conditions.

Health statistics from a recent survey show that 28% of Americans are diagnosed with two or more chronic conditions like asthma, heart disease, diabetes, or hypertension. That’s double the rate of countries like the UK and the Netherlands.

Obesity is a main factor contributing to chronic disease, and America currently has the highest obesity rate in the world.

Healthcare stats from this survey reveal that the US obesity rate is 40%, double the OECD average and about four times higher than countries like Norway and Switzerland.

5. Americans stay on average 5.5 days in the hospital for acute care.

Americans stay in hospital for 5.5 days on average for acute care, excluding palliative, long-term, and rehabilitative care. This is lower than the OECD average of 6.4 days and the same when compared to Sweden and Switzerland.

Medical malpractice statistics reveal that excluding deaths related to COVID-19, medical error is the third-leading cause of death in America after heart disease and cancer.

From incorrect diagnosis and prescription medication errors to anesthesia and surgical mistakes, 225,000 people die each year due to preventable mistakes.

Experts highlight that not all medical errors happen due to bad doctors but also because of systemic problems like poorly coordinated care, fragmented networks of insurance, absence of safety nets, and other protocols. 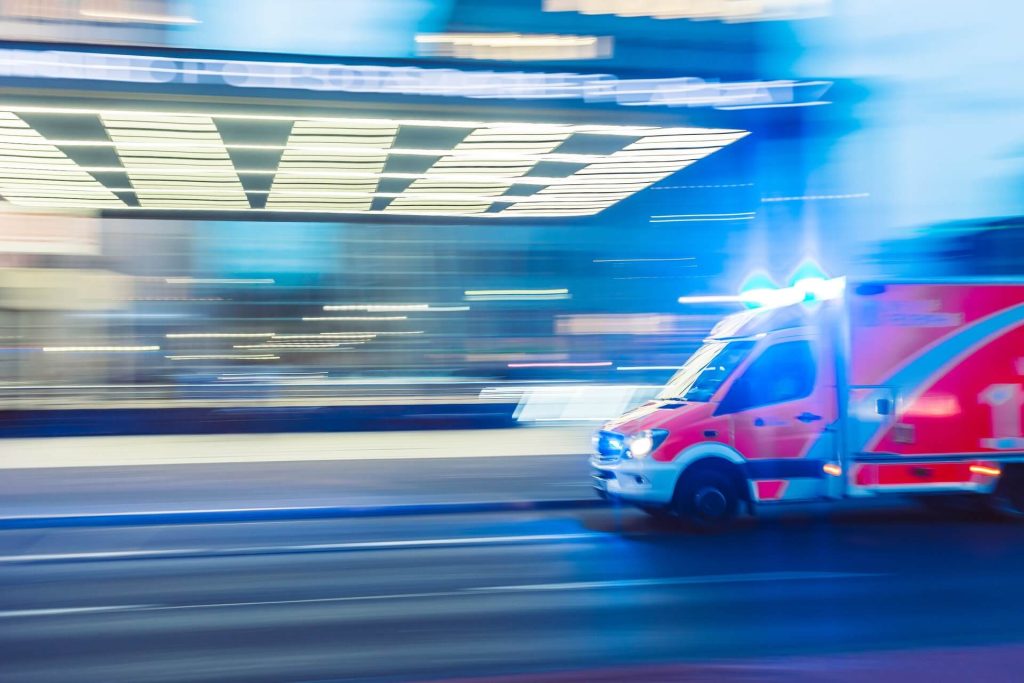 The US is the only modernized nation that doesn’t provide universal healthcare to its citizens. As a result, people without healthcare coverage can end up paying up to $7,500 for fixing a broken leg.

Moreover, a three-day hospital stay might cost up to $30,000, and a comprehensive cancer care bill might leave patients hundreds of thousands in debt.

8. More than 18% of Americans are covered by Medicare.

Medicare is a public insurance program created in 1965 to provide health coverage for US citizens aged 65 and older. In the past few years, there has been an increase in the percentage of people covered by this program. According to healthcare statistics, around 18% of US citizens are now covered by Medicare.

9. 39% of Medicare beneficiaries are enrolled in Medicare Advantage plans.

Medicare Advantage plans are offered by private companies that must follow the regulations set by Medicare. Enrolling in such plans is a way to get Medicare Part A and Part B coverage.

As of 2020, four out of ten Medicare beneficiaries are enrolled in the Medicare Advantage plans. The rate has been on the rise in the past two decades, and between 2019 and 2020, it grew by 2.1 million beneficiaries (9%).

10. Current healthcare stats indicate that 43.4% of the US adults were inadequately insured in the first half of 2020.

American healthcare system facts indicate that the number of uninsured Americans was gradually dropping between 2010 and 2016.

The Affordable Care Act, a.k.a Obamacare, was created to improve access to quality health insurance for all Americans, and the access to healthcare statistics do pinpoint a significant drop in the number of uninsured Americans over the years.

For perspective, 16.6% of the US population was uninsured pre-ACA, and now the rate has dropped by 10.4%. Approximately 31 million people now have health care coverage through Obamacare, and it’s expected to cover an additional 26 million people by 2024.

The Impact of COVID-19: Health Care Facts and Statistics 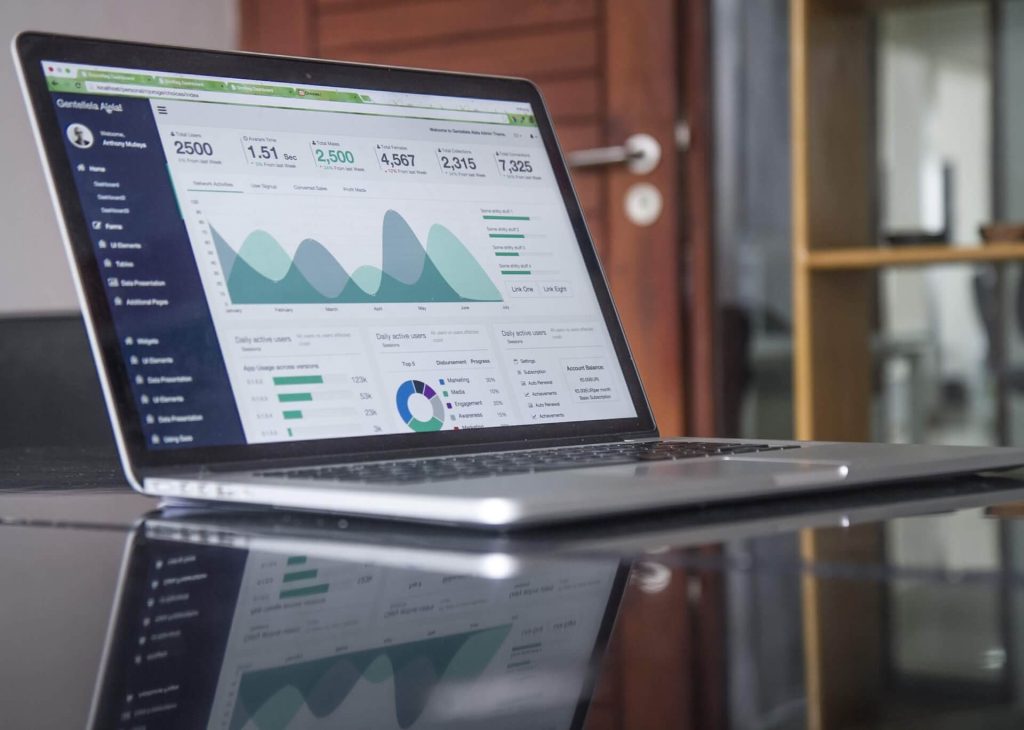 13. 61% of healthcare workers experienced stress due to fear of exposure and transmission of COVID-19.

Frontline workers bore the brunt of the stress after the coronavirus outbreak, while the rest of the world stayed at home. 38% reported depression or anxiety symptoms, while 43% of healthcare workers experienced work overload, and nearly half of them experienced burnout, with the highest ratings among nursing and medical staff, followed by social workers, inpatient workers, people of color, and women.

The latest US healthcare statistics show that 3,600 healthcare professionals have lost their lives due to the coronavirus. The numbers further indicate that New York, an early epicenter of the coronavirus, lost the most significant number of healthcare workers, recording 453 deaths.

15. About 40% of the total deaths due to the pandemic were residents of nursing homes and facilities for long-term care.

The country allocated $5 billion to these facilities through the CARES Act to provide relief measures to those most affected by the outbreak.

16. According to public health statistics, the average cost of hospital care for coronavirus ranges between $51,000 and $78,000.

The average hospital care cost for COVID-19 for patients without insurance or those receiving out-of-network care varies by age. For example, for most patients between the age of 21 and 40, the cost is $51,389, but for those between 41 and 60 years of age, the amount grows to almost $80,000. 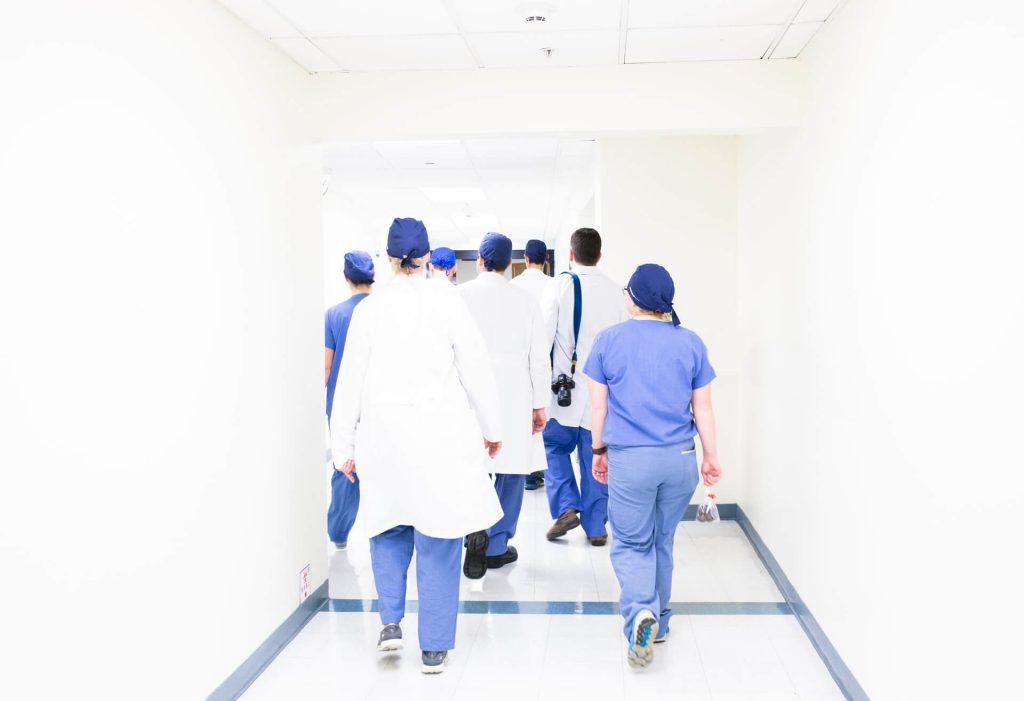 More and more people are becoming open to utilizing virtual health technology, especially after the COVID-19 outbreak. While 40% of citizens still don’t feel comfortable with it, 85% of physicians say they think this will become standard practice after the pandemic is over.

19. Since the pandemic, virtual clinic visits have increased by 14%.

The adoption of virtual clinic visits has been on the rise since 2018, and the coronavirus only accelerated the process. Virtual visits increased from 15% in 2019 to 28% in April 2020, and healthcare statistics show that 80% of people say they are likely to continue having virtual visits even after COVID-19 restrictions subside.

20. As of July 2021, telehealth utilization was 38 times higher compared to before the pandemic.

After the initial boom of telehealth utilization following the pandemic’s outbreak, the levels now range from 13% to 17% across all specialties.

Notably, it’s thought that $250 billion of US healthcare services could be shifted to cheaper and possibly more efficient, virtual and telehealth alternatives.

21. According to recent healthcare statistics, 71% of people fear visiting a doctor due to COVID-19.

The increased fear of exposure to COVID-19 is the main reason why many patients are hesitant to visit a doctor’s office or a hospital. Telehealth has provided convenience for patients and helped them limit their exposure.

About 67% of the patients have used telehealth since the onset of the pandemic, whereas 46% reported using it beforehand. 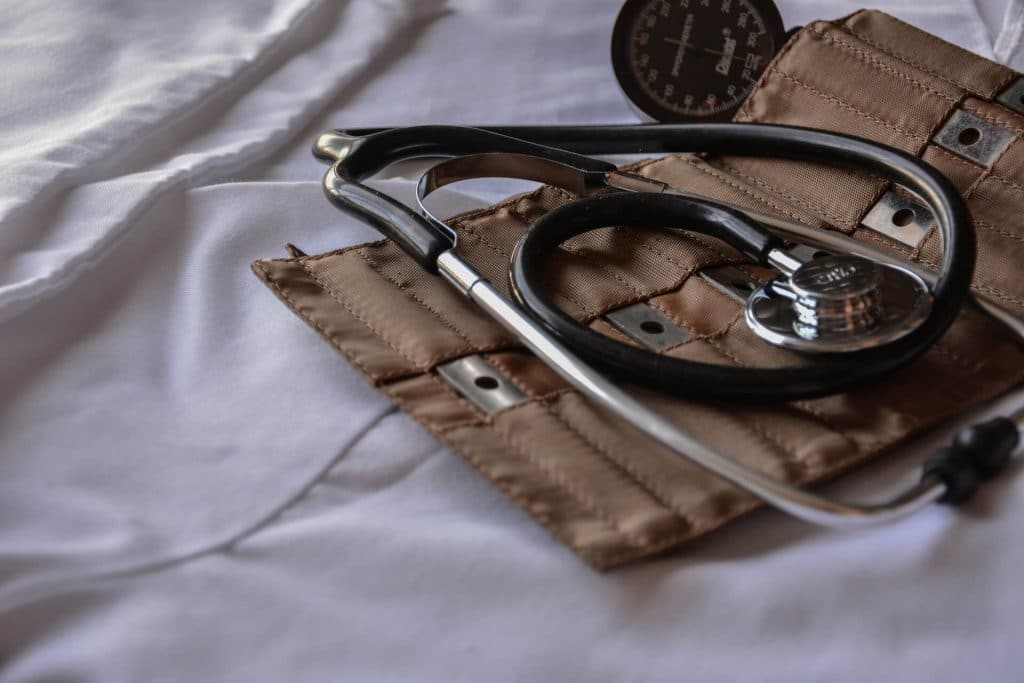 The healthcare expenditure in the US exceeds those of other developed nations by a long shot. Projections insinuate that spending will reach an amazing $6.2 trillion within the next seven years. At the moment, US healthcare costs are growing 1.1% faster than the annual GDP.

23. Medicare spending will increase at a 7.6% annual rate over the decade.

According to the latest healthcare cost statistics, Medicare represents 21% of the total US healthcare expenditure, accounting for $799.4 billion. In comparison, private health insurance reached $1, 195.1 billion in 2019, a total 31% of the national health expenditure.

24. The federal government sponsors 29% of the total healthcare expenditure.

Despite it being the lowest contribution among developed countries, the US government currently fronts nearly a third of the national healthcare expenditures, and American households are responsible for 28.4%.

Americans struggle with bureaucracy to access their healthcare. Besides time and effort, these systemic issues come at a huge cost. Notably, administrative costs have increased in the past two decades so much that they account for more than a third of healthcare expenditures which is twice the amount that Canada spends.

27. The US private healthcare spending is five times higher compared to Canada.

Per capita, the US spending from private sources like employer-sponsored health insurance coverage is higher than countries like Canada, the UK, and Australia.

More precisely, the US spends $4,092 per capita, which is five times higher than Canada, the second-highest spender. Globally, the US accounts for 40% of private healthcare spending, much larger than any other country (0.3-15%).

The State of US Healthcare: Conclusion

Healthcare statistics show that the rising cost and low efficacy of the US healthcare system are of great concern. With a significant disparity between the amount patients pay and the quality of health care they receive, many presume that the US is in a healthcare crisis. Furthermore, being a doctor, nurse, or even a freelance medical writer isn’t as easy as it was before.

One in every 10 Americans is currently uninsured and might not be able to afford the health services and medications they need should they get injured or sick. The US has a complex healthcare system, and changes within the industry occur slowly. However, change may be on the horizon.

How big is the US healthcare industry?

Furthermore, the health industry consists of 784,626 companies. Patient care accounts for the largest portion of US healthcare revenue, followed by inpatient care and non-surgical dental interventions.

How are statistics used in the medical field?

When it comes to the source of healthcare industry statistics, credibility is critical. Reliable statistical data is often found from international organizations, professional associations, or government websites.

Where does the US rank in healthcare?

A research article that compared the healthcare systems of 11 developed countries, including the US, the UK, Australia, France, Canada, New Zealand, the Netherlands, Germany, Sweden, Switzerland, and Norway, the United States ranked last. Thus, even though the country spends the highest proportion of its GDP on healthcare, the system has specific barriers that prevent people from getting proper care.

What country has the worst healthcare?

Considering the healthcare quality on a global level, Sierra Leone is the country that provides the worst healthcare. It has a 0.00 score on the WHO health systems performance index.

This African coastal country with an almost six million population is starting to rebuild after being devastated by civil war. In addition, most people live in rural areas, which means that very few have access to health coverage. The life expectancy is about 54 years old.

Which state has the best healthcare?

When evaluating the US states for their overall healthcare quality, key considerations are access to preventative treatment for adults and children alike, quality of care, and overall population health.

Other measures include the percentage of insured and uninsured adults and the overall infant and mortality rates. Hawaii ranks highest and is followed by Massachusetts and Connecticut. In addition, New Jersey and California round out the top five states with the best healthcare in the US.

The main problem with the US healthcare system is that patients pay exorbitant amounts of money for basic healthcare services. With many uninsured people, even with the expansion of Obamacare implementation, the United States may be one of the most affluent countries in the world that cannot provide general healthcare to all of its citizens.

By 2024, around 11% of US adults will still be uninsured. Other issues are the high margin of preventable medical errors, the poor amenable mortality rates, and the physician and nursing shortage.

Why is US healthcare spending so high?

The US healthcare costs are the highest among comparable countries. America is spending 18% of its GDP on healthcare, while the UK only spends 10%. The most common reason for the huge spending of the country is the fee-for-service payment system.

Healthcare statistics reveal that the technological advances in medicine greatly contribute to the rising cost of basic healthcare for Americans.