Health Benefits of Turmeric: Science of the Golden Spice 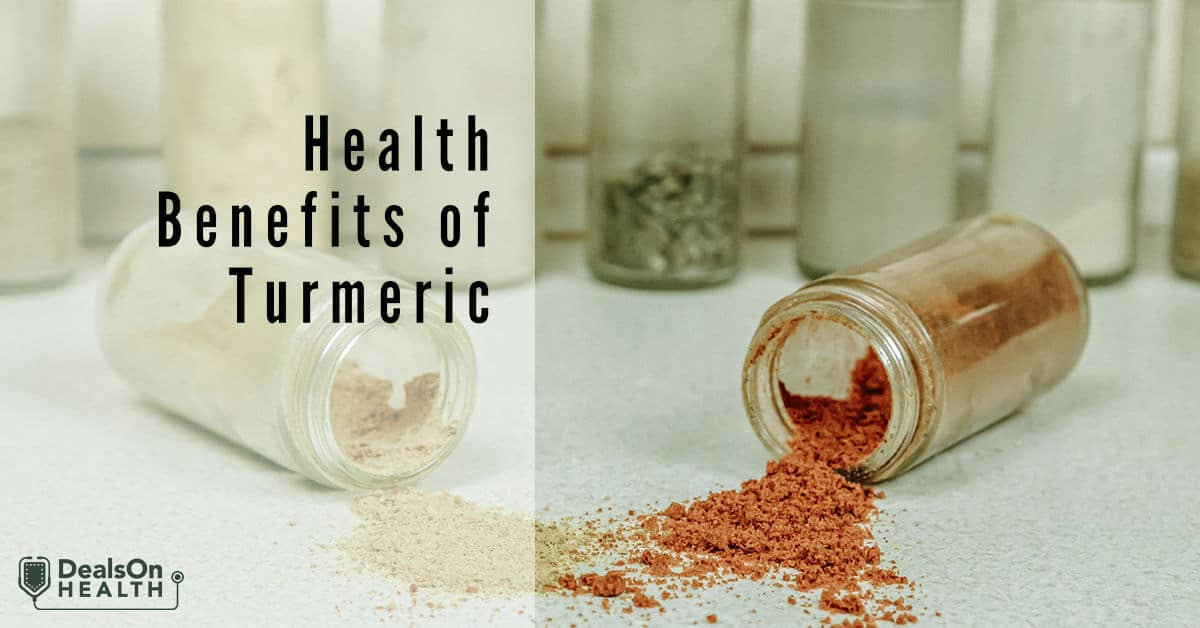 Turmeric is everywhere – in grocery stores, restaurants, healthy food stores, pharmacies, country fairs, our kitchen shelves, etc. We enjoy it in sodas, coffee, tea, and even in ice creams. This Asian miracle herb is culminating in popularity. It’s no wonder that everybody’s talking about the health benefits of turmeric.

However, this is a topic as versatile as ever, for there is a lot of misinformation about its use. In the world of alternative therapeutics, only science-based information provides pure value.

Here, we use proper research to deafen the mythical overtone that echoes around the use of turmeric. What are the benefits of turmeric? What type of product assures for best results? How does it work? These are some of the questions that dwell in curious minds, and which we seek to answer.

If you’re ready for the revealing truth about turmeric, feel free to dig in.

Turmeric – A Spoonful of Yellow Medicine

This miracle-working plant – Curcuma Longa – is native to South-East Asia, where people have been using its health-promoting properties for over millennia. Over time, Curcuma has become one of the most enjoyed spices and nutritionally valued herbs around the globe.

Turmeric is a term that is broadly used to describe the powder obtained from the yellow-orangey root of the plant, which contains the highest biological concentration of pharmacologically active compounds.

In some parts of the world, people use it as a coloring agent in native ceremonies. Historically, it has been described as magical and even used for religious purposes. However, as archaic as it might seem, its historical and cultural significance paved the path to modern medicine.

The use of turmeric powder benefits many health conditions, ranging from menstrual and hormonal problems in women to complicated neurodegenerative diseases.

What’s more, it’s hard to imagine traditional Asian cuisine without curry, a turmeric-based spice. Its ginger-like aroma and mustardy taste are essential additives in some of the world’s most delicious meals.

What Is in Turmeric?

In nutritional terms, turmeric powder consists of carbohydrates (60-70%), water (7-12%), protein (5-9%), and fat (2-5%). Within this complex-sugar-based matrix, there is an abundance of minerals, such as calcium, copper, iron, magnesium, manganese, phosphorus, and zinc.

Furthermore, the golden root is rich in health-promoting essential oils that account for its special aroma and have skin-healing properties.

In addition to its nutritional value, turmeric root’s health benefits mostly fall upon the content of its exquisite phytochemicals – curcuminoids. These compounds give the root its distinguishing color and are responsible for its pharmacological activity.

Curcumin is the principal curcuminoid of the Curcuma plants. It has been thoroughly studied and accounts for the majority of medical turmeric-benefits.

The Use of Turmeric: Health Benefits in Abundance

The use of turmeric has been whispered through centuries in an almost mystical sense, primarily because it has been used to treat or cure medically versatile conditions, from muscle cramps, high cholesterol, hay fever, hangovers, to menstrual pain.

However, the actual healing properties could be merited to curcumin. In other words, science has concluded that in turmeric, curcumin benefits are visible thanks to its anti-infective, antioxidant, and anti-inflammatory properties. Moreover, its actions strongly depend on its bioavailability.

In traditional medicine, turmeric is believed to have anti-infective properties. Today, we know that this plant indeed expresses antibacterial, antiviral, and antifungal properties. However, the levels of efficiency significantly vary, depending on the microbial strain it is used against.

Several studies concluded that turmeric extracts have deteriorative effects on the growth of intestinal bacteria, such as Helicobacter Pylori, and on superficial mycoses caused by Candida species.

Curcumin is a powerful antioxidant. This means that, when absorbed into the blood circulation and spread across tissues, this molecule has a substantial capacity for scavenging harmful free radicals.

Given its unique chemical structure, the curcumin molecule has the ability to bind excessive electrons that are byproducts of biochemical reactions.

Additionally, curcumin inhibits the binding of free radicals to DNA, thus protecting cell deterioration and the onset of toxic mutations, such as in cancer.

Anti-inflammatory traits of curcumin are the groundstone of its therapeutic use. Namely, curcumin reacts with various molecules within the body in numerous pleiad of chemical reactions. Among these, curcumin efficiently inhibits several pro-inflammatory molecules and enzymes.

The anti-inflammatory mechanism of turmeric explains its ability to mitigate the symptoms of basically any illness that has inflammation in its core.

Moreover, the anti-inflammatory capacity of curcumin is highly intensive and could match the effects of some prescription drugs.

Therapeutic benefits of taking turmeric via spice, tea, or supplement, are related to the levels of absorbable curcumin. In essence, curcumin is a low-bioavailable molecule. That is, when taken by mouth, a maximum of 1-2% of curcumin can reach blood plasma.

The bioavailability gap is bridged with new, modern drug formulations, or simply by combining it with black pepper. Namely, black pepper extract increases the levels of absorption of curcumin by astonishing 2,000%.

Commercially used turmeric-boosting type of black pepper extract is also known as Bioperine®. In the majority of products of turmeric, fusing curcumin with Bioperine increases the benefits significantly.

Furthermore, curcumin increases the levels of Brain-Derived Neurotrophic Factor (BDNF), which accounts for the regeneration of nerve cells. In other words, turmeric consumption can be linked to facilitated nerve function and improved memory.

Its anti-inflammatory properties could aid in reducing the levels of atherosclerosis, one of the leading causes of heart attack.

Some evidence supports the use of turmeric as a preventive agent, while others proclaim it as a cure for cancer. Either way, turmeric cancer benefits are found in its anti-inflammatory and antioxidant traits.

Furthermore, curcumin has been shown to have chemoprotective effects in patients that are treating cancer. Other studies, however, claim that turmeric extracts have the potential to decrease the number of cancer cells by inhibiting their malicious proliferation.

Turmeric is exceptionally valuable in the treatment of rheumatoid diseases due to its ability to act on different pro-inflammatory targets. By reducing systemic inflammation in tissues, curcumin can relieve symptoms such as swelling and pain.

Furthermore, some studies confirm the use of curcumin to suppress disease progression.

According to a Harvard review, the efficacy of curcumin could be compared to that of diclofenac, an antirheumatic drug. In this study, 94% of osteoarthritis patients that took curcumin experienced a 50% improvement in their symptoms, similar to those that were taking the drug.

However, the safety ratio of turmeric benefits and side effects is much more preferred than with non-steroidal anti-inflammatory drugs (NSAIDs). In this study, the use of curcumin was not associated with side effects, in comparison to 28% of those that had diclofenac-induced adverse reactions.

Although seldom used for the treatment of psychiatric disorders, there is evidence that shows a dose-dependent benefit of turmeric in treating depression.

Namely, its ability to increase the levels of BDNF in the hippocampus area of the brain is considered as a potential therapeutic approach. However, these studies are mostly inconclusive with major depression. Therefore, more evidence is needed for the establishment of a new therapy protocol.

Health Benefits of Turmeric on Digestion

Some of the oldest turmeric uses imply its benefits in cuisine, and not only for its unique taste. Its essential oils relieve flatulence and stimulate bile excretion in the intestine. Thus, they are regarded as carminatives.

Furthermore, its anti-infective and anti-inflammatory traits make it a good choice for treating gastritis. It could also be used as a supportive treatment for peptic ulcer and inflammatory intestinal conditions.

Anti-ineffective traits of the golden root have been often used topically in the form of a wound-healing paste. Today, there are many recipes that describe the preparation of face-cleansing turmeric-based masks.

On the other hand, the oral use of turmeric can help reduce the symptoms of psoriasis and other inflammation-related skin conditions.

Benefits of Turmeric for Menstrual Cramps

The use of turmeric for alleviating symptoms of dysmenorrhea have been noted in ancient Ayurvedic scrolls. Nonetheless, modern studies tend to concur. One study revealed that women who used turmeric for premenstrual symptoms had almost a 60% decrease in overall PMS severity score.

There are many ways one could consume turmeric, and every application has its perks and downsides. Besides root and spice, the most popular forms of turmeric are supplements and turmeric tea.

The main benefits of turmeric supplements are based on their slow-release formula, which provides gradual dosing and reassures for efficient blood levels of curcumin. Furthermore, many supplements contain Bioperiden® that increases the absorption levels of curcumin and its overall efficacy.

On the other hand, the benefits of drinking turmeric tea are mainly expressed through its ability to aid digestion and relieve intestinal cramps. Moreover, people drink turmeric tea for liver detoxification, immune boosts, and blood-sugar control in diabetes.

The use of turmeric is as old as the civilization itself. Through centuries, this ancient remedy and spice has been studied, used, and implemented in various treatments.

Today, we know that the medical use of turmeric relies on the antioxidant and anti-inflammatory effects of curcumin. Its therapeutic potential has been confirmed for various neurological, rheumatological, immunological, and even psychiatric conditions.

In truth, many health benefits of turmeric are yet to be established. If you’re eager to improve your overall well-being or looking for a remedy to ease your pain, turmeric is the right choice. Either way, you’re in for a treat.