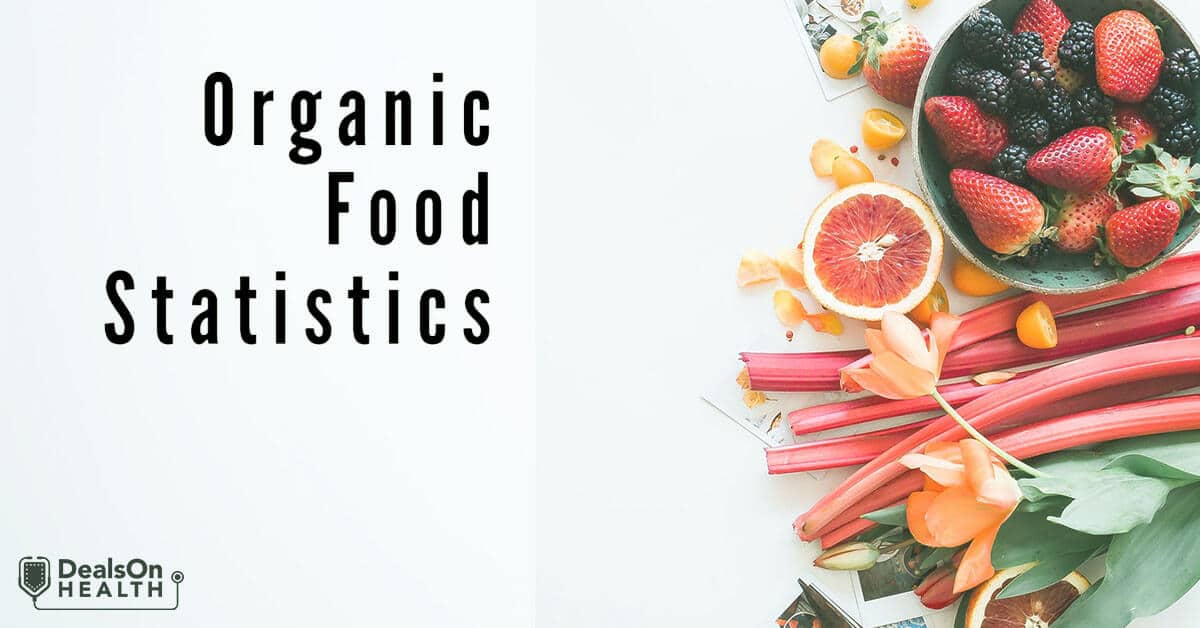 Organic food statistics prove that almost 70% of Americans believe organic fruits and vegetables are healthier than conventionally grown options. So, what does organic mean, anyway? 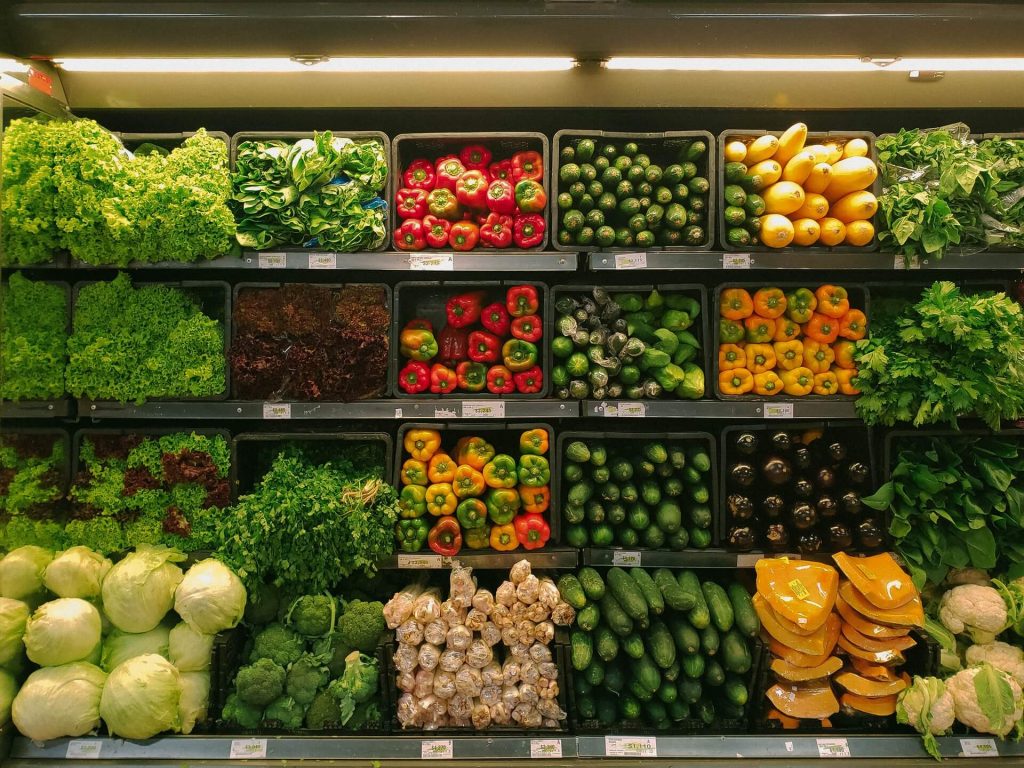 Organic food popularity statistics indicate that more people want to eat healthily, and they believe that organic foods are more robust. The collected data shows just how big the industry is and where it came from to reach this unprecedented point.

Statistics about organic food industry growth aren’t available from all places in the world. Still, where the records are easily accessible and estimated, worldwide organic food sales are expected to grow at a CAGR of 16.42%.

According to OTA (Organic Trade Association), organic product sales in the US increased by 12.4% in 2020, breaking the $60 billion mark. It was expected that the impact of the coronavirus outbreak would increase sales. Health is an issue many people have taken seriously and will continue to do so.

3. The US accounted for almost $48 billion of total global organic food sales in 2018.

According to various statistics on organic foods, the US has one of the biggest food industries in the world. That’s because people transition from traditional fast foods and other “no questions asked” conventional foods to eat healthier to hopefully mitigate food-related negative impacts.

A majority of facts about organic food show that Americans still prefer regular food. Nevertheless, the sales made up 5.7% of the total food sales that year, compared to 3.1% in 2008, meaning that people are slowly changing their minds.

According to the data regarding the organic food market size, the North American region is the largest market for organic beverages. In addition to that, the Asia-Pacific market will most likely grow faster in the future. The main reason for that is increased awareness level for the quality of ingredients among consumers. 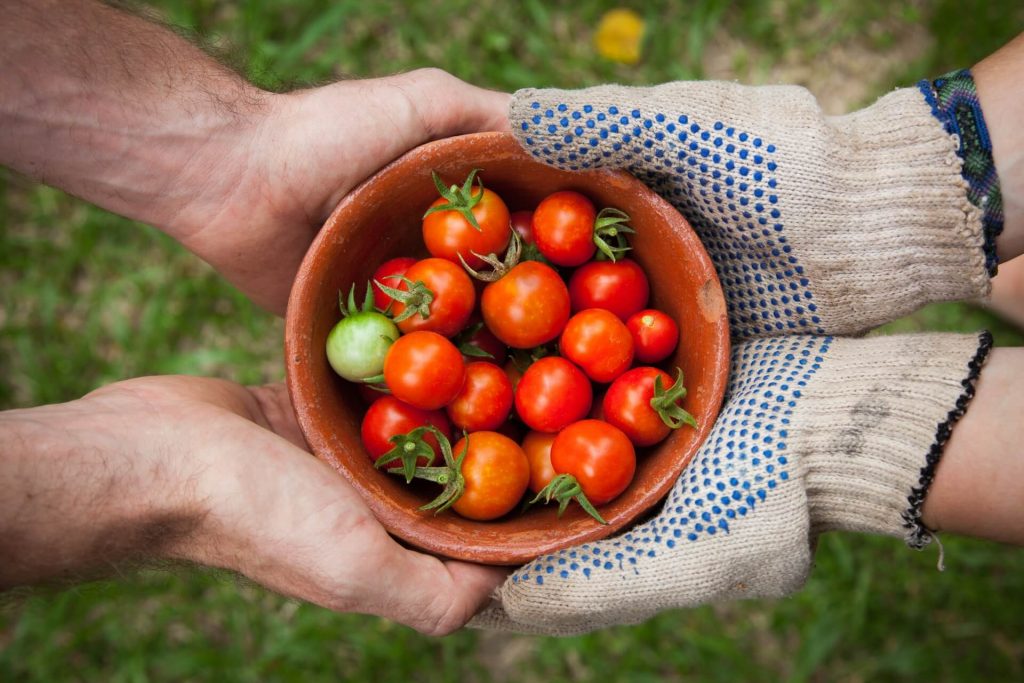 Why do many nutritionists and other experts insist on organic food? According to them, organic food has many vitamins and minerals, more antioxidants, and fewer chemicals. Let’s see some interesting facts about organic foods regarding health and the environment.

7. Up to 92% of all corn in the US is genetically engineered.

One of the most shocking facts about organic food is that 94% of all soybeans and cotton seeds are genetically produced. The issue with GMO is that they tend to alter not just the plants, but the people who ingest them, as well.

8. Organic fruits and vegetables have 20 to 40% more antioxidants than conventional fruits.

Organic food nutritional value is higher and less toxic than that of its non-organic counterparts. However, they mostly have the same levels of nutrients.

So, how can an organic food diet improve your health and overall wellness? The answer lies in the vast difference between antioxidant levels compared to regular food (they protect cells from aging and from damage that may lead to cancer).

9. Organic crops are 48% less likely to test positive for cadmium.

Cadmium is a heavy metal that accumulates in the kidneys and liver, and it’s toxic. Apart from lower chances of containing cadmium, organic food health statistics point out that organic crops are less likely to have detectable amounts of pesticide.

10. Organic milk and meat can have around 50% more omega-3 fatty acids.

What makes organic food healthier is a higher percentage of vitamins, minerals, and omega-3 fatty acids. Here’s one of the fun facts about organic food: the differences in food typically come from how livestock is raised.

Many non organic food facts prove that conventionally grown food isn’t as healthy as organic food. However, there aren’t notable differences in nutrients.

12. Organic labeled as “organic” must contain at least 95% of organic ingredients. 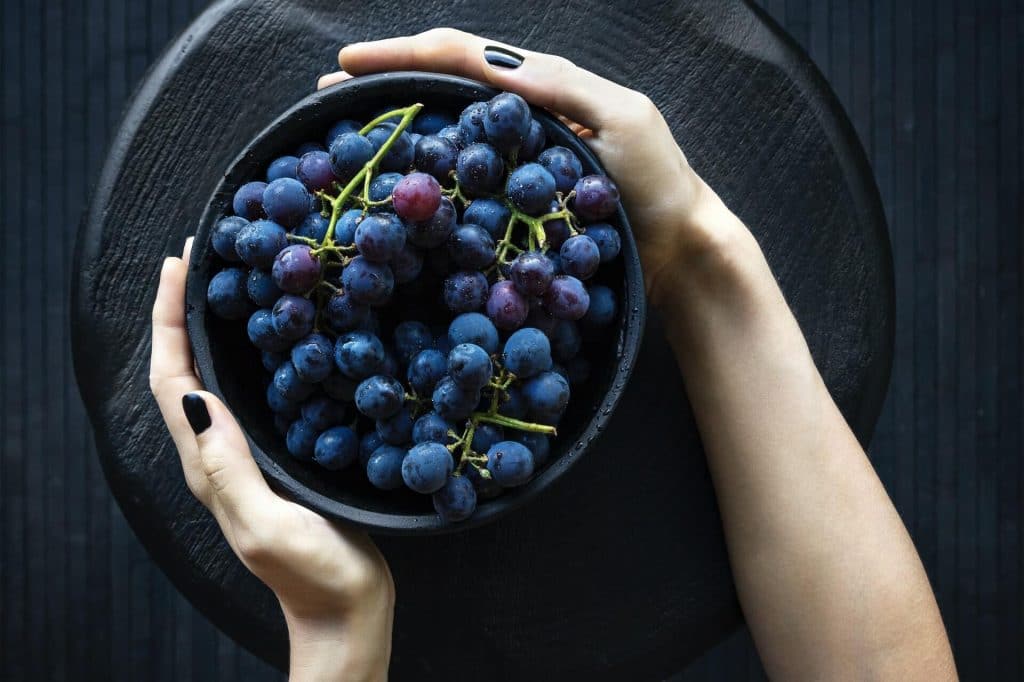 So many questions can be asked about organic food consumers. Are they environmentalists or vegans? Do they value fitness and health? Let’s talk more about those who buy organic food and their behavior.

13. 81% of American households buy at least one organic item when shopping.

It seems that consumer trends in organic food are moving towards what is seen as a healthier option. As a result, a broad range of organic products experienced double-digit growth in the past several years, as most American citizens tend to buy at least one organic item when shopping.

14. 47% of Americans actively try to include organic foods in their regular diet.

Statistics show that nearly 50% of US citizens aim to include organic food in their diet. On the other hand, 41% stated that they don’t care if the food they eat is organic or not. This data about the demographics of organic food buyers shows us that people’s opinions are pretty much divided when organic food is in question.

Trends in organic food show that more Millennials and Gen Zers gravitate towards organic alternatives in order to be more eco-friendly. As a result, their contributions to the industry will continue to grow in the coming years.

One of the quite interesting organic food facts is that some people have never bought organic food in their life. However, this statistic isn’t actually that surprising, as organic food is usually more expensive.

19. Millennial parents buy organic food more than any other age group, and 26% are either vegetarian or vegan.

Many millennials are behind the move to plant-based foods and beverages. Innovation in the organic dairy sector has been more significant, with many responding to the increased protein, more full-fat dairy products, new flavors, and grass-fed products.

20. There are only 20,000 natural food stores with organic products.

Only 20,000 stores in the USA sell organic food products at the moment, and nearly three out of four. The demand for organic food grows faster than the domestic supply. Even if the organic food market share has gotten bigger, such foods still aren’t easily available. 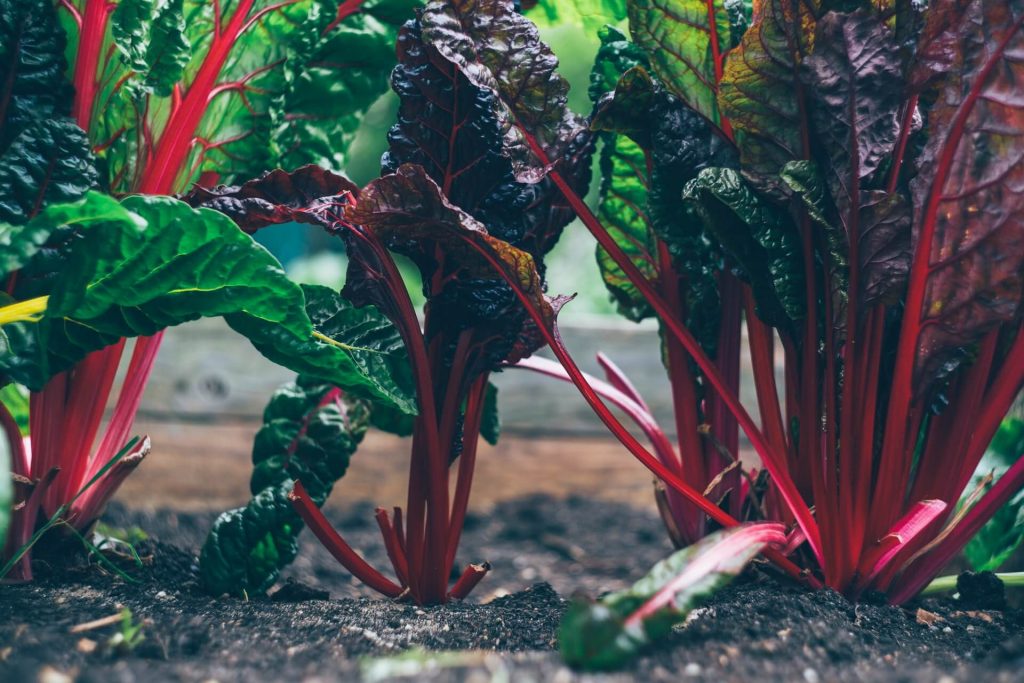 It’s not just processed foods, fruits, and vegetables that people want when it comes to organic food. The industry is much bigger than that. For instance, the dairy market is slated to grow remarkably well in the coming years. This happens because people care about animals more than before.

21. The US has five million acres of organic crops.

Unfortunately, five million acres is less than 1% of the total 911 million acres of US farmland. However, organic food popularity statistics indicate that some states have a relatively large share of organic farmlands. For instance, the organic acres in Vermont account for 11% of its total crops.

22. The US imports organic food from 111 or more countries.

At least 111 countries sell organically grown food to the US. According to organic food trends, Mexico is the leading supplier of organic products to the US.

23. More than 71.5 million hectares of global farmland are organic.

Research reveals that the worldwide organic farmland has increased by two million hectares and that there are over 2.8 million organic producers. India has the highest number of producers (around 1.1 million), followed by Uganda (210,000) and Ethiopia (204,000).

Organic dairy is the largest organic product category after organic fruits and vegetables. One of the encouraging and interesting facts about organic food is that cows on organic farms are allowed to graze, don’t get growth hormones, and are not kept in cramped spaces. Globally, the market was worth $18 billion in 2017 and will grow to over $23 billion by 2023.

The global organic baby food market is projected to reach a mind-blowing $11.592 billion by 2023. With the growth rate hovering just above 10%, one of the organic food facts for kids is that more people want to feed their children healthier foods.

According to the statistics on organic food, even the organic coffee market is expected to grow. Organic coffee isn’t as popular as dairy, fruits, or vegetables, meaning that this growth is impressive.

It seems that those who are interested in such foods are usually vegans and vegetarians, but it doesn’t have to be the case. People have realized the benefits that organic products bring, and these statistics can prove it.

The latest organic food industry trends prove that people have started perceiving organic food not as a trend but rather as an expectation.

Unfortunately, organic products are still considered expensive and not easily available to low-income families. All in all, we hope that this will change in the future, as growing organic food has numerous environmental benefits.

Understanding that the future is going to have to be sustainable and healthier while reducing the impact food has on the environment will go a long way to help us all live better lives. Those who are interested in such foods are usually vegans and vegetarians, but it doesn’t have to be the case.

So, is the demand for organic food growing? Absolutely.

The future is organic. The industry just has to find a way to do all this sustainably over a long period of time without exacerbating the environmental damage we have already done. The organic food market value is set to skyrocket, and the organic food statistics will no doubt prove to be an even more riveting read in the foreseeable future.

It is, as it’s proven that it has more antioxidants and can have even up to 50% more omega-3 fatty acids. One of the things worth mentioning is that organic food is much less likely to have a detectable amount of pesticides than conventionally grown food.

How much more expensive is organic food?

Organic food is 10-20% more expensive, but that isn’t surprising. First of all, fewer pesticides and toxic chemicals that kill insects and parasites reduce production. Furthermore, it’s harder to find it because of relatively small amounts. Still, investing in eating such food is a good thing if you’re able to do so.

All kinds of people buy organically grown food: from environmentalists to people who have allergies or food intolerances. However, statistics show that millennials (especially parents) and Gen Zers buy organic food more than other age groups.

How big is the organic food industry?

According to Globe Newswire, the worldwide organic food and beverage industry will be worth $620.00 Billion by 2026. This proves that this is a big industry and that it has a great outlook.

It seems so, according to the statistics. Organic food would be more popular if it wasn’t more expensive and more people could afford it.

How do you know if food is really organic?

Just look at the label on a product. If it says “organic,” at least 95% of its ingredients are grown organically. Therefore, only “100% organic” guarantees a completely organic product. Also, if you stumble upon a “made with organic ingredients” label, that product contains at least 70% of organic ingredients.

What percentage of food is organic?

Organic food makes up only 5.7% of all US food sales and has five million acres for growing organic food. Also, only 1.2% of the global agricultural land is organic. Organic food statistics also indicate that this industry is growing and that the increased demand for organic food will influence the percentage of organic food.